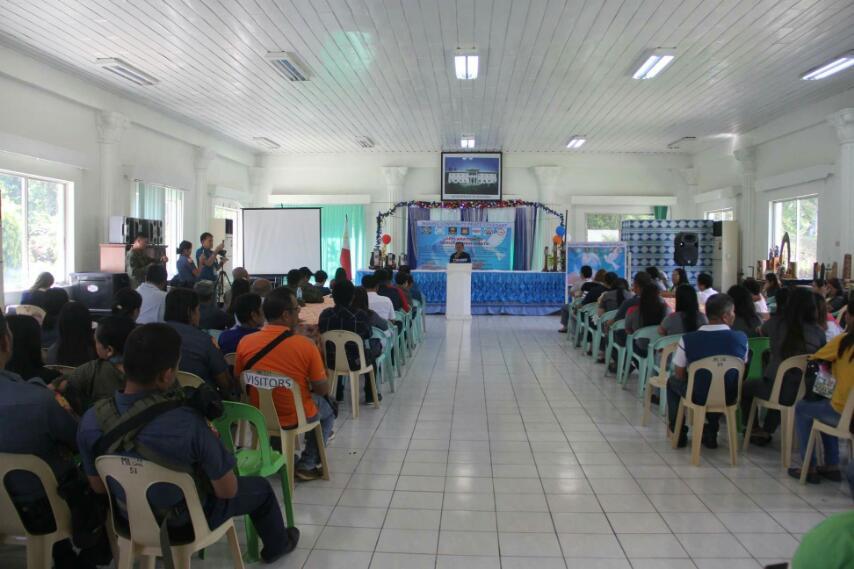 The declaration was made through resolutions issued during the Flag Raising Ceremony at the Municipal Hall, Monday.
The decision of the Barangay Officials including its law-abiding citizens came out after the Malitbog Mayor Osmundo Dela Rosa issued Municipal Resolution No. 1, 2019 dated September 10, 2019. condemning the terrorists acts relentlessly committed by the CPP-NPA, its front groups and affiliates and declaring them as persona non grata in the municipality.
Such was adopted by the Barangay governments as a basis to issue their resolutions.

Their sincerity was seen in public as they signed the Community Peace Covenant stating, “We condemn the presence and existence of the CPP-NPA-Terrorists (CNTs) and other Communist Terrorist Groups (CTGs). We would not tolerate actions of the terrorist group in our respective jurisdictions and promise under oath to the Republic of the Philippines. Further, we would be held criminally liable if proven to have supported CNTs/CTGs without reasonable doubt.”

Mayor Dela Rosa accepted that military solution is not enough to end the local communist armed conflict. “Yes, military solution is just one of the approaches to defeat insurgency. The main solution lies in the hands of us, legislators. Let’s bring our services to the people,” he said.

Meanwhile, Lieutenant Colonel Ronald Illana, commanding officer of the 8th Infantry Battalion of the Philippine Army who has been serving the municipality for years, extended his gratitude to the local officials for their clever move of complementing the national government’s program in ending the local communist armed conflict.

“My appreciation to all of you on your courageous decision. This action is the beginning of addressing the local communist armed conflict. Let us all unite and perform our mandated duties. Do not give these NPA terrorists time to use propaganda against our government for these issues are their weapons in recruiting members.”

The Municipality of Malitbog is the first municipality in Bukidnon to complete all barangay resolutions declaring the CPP-NPA, its front groups, and affiliates as persona non-grata. (8IB)