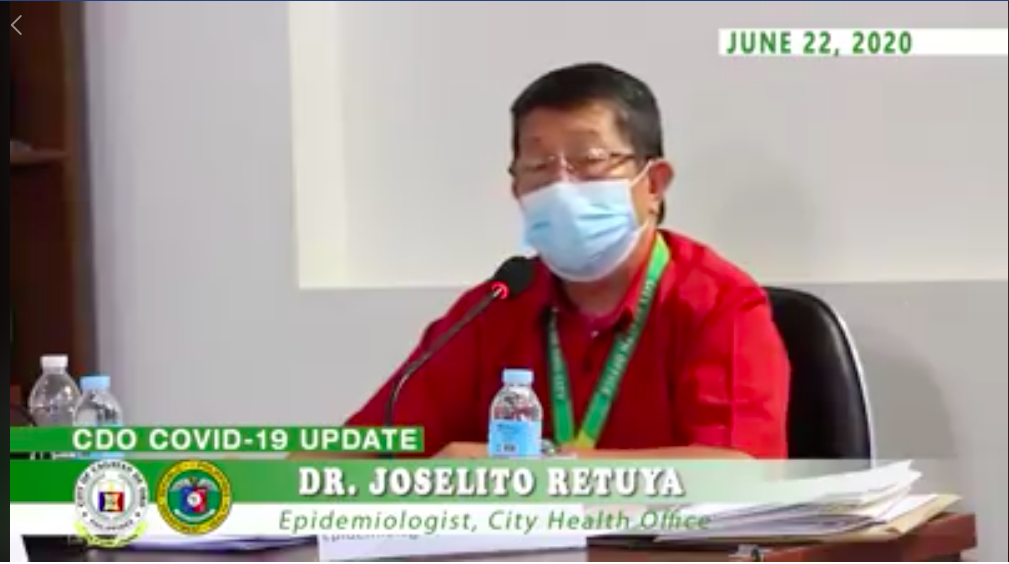 Both are asymptomatic and are in isolation in government facilities. The two cases brought the number of documented COVID-19 cases in Cagayan de Oro since March to 26.

Of the 26 cases, 12 are active where 11 are in isolation facilities and only 1 is admitted at the Northern Mindanao Medical Center (NMMC). Since March, there have been six COVID-19-related deaths and eight recoveries.

Retuya said one of the two who tested positive was a 55-year-old woman from Barangay Pagatpat who was stranded while in Talisay City, Cebu.
She returned on June 13 via “mercy voyage” and was brought straight to an isolation facility where she was tested, June 19.

The other is a 63-year-old seafarer from Barangay Iponan who was quarantined in Cebu for 14 days and was stranded before returning to this city, June 11 via “mercy voyage.”