20K in my Tupperware 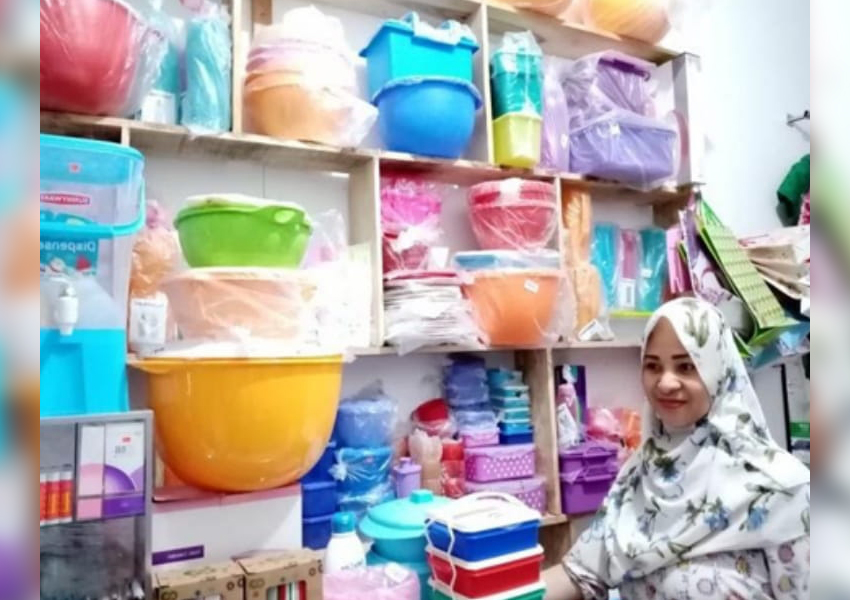 “It was a horrible experience!”

This was how Puno Rohanie Ali described her 24 May 2017 experience when Rohanie and her three children left Barangay Datu sa Dansalan, Marawi City’s capital. On that day, they hurdled a 20-kilometer walk from their barangay to Saguiaran, Lanao del Sur to escape from the conflict-stricken area.

Eventually, they found a haven at Brgy. Tibanga, Iligan City.

Being relocated to a new home base, Rohanie’s children had to stop their schooling. Even her work as a seller of cellphone accessories in one of the shopping malls was interrupted because of the siege.

Teary-eyed, Rohanie recalls receiving relief goods from the Department of Social Welfare and Development (DSWD) was the only source of relief they had.

The experience she had was not forever though, as she was one of the internally displaced persons who received assistance from the DSWD’s  Sustainable Livelihood Program.

Rohanie used the money given her as start-up capital to the Tupperware and cellphone accessories dealership she had chosen as her livelihood venture.

Yet even if she had the capital, things did not turn out easily for her due to a couple of adjustments from what happened in their area.

But determined she was, Rohanie persistently faced the challenges.

“I have a dream. And through my hard work and planning, I believe I would be able to achieve that dream, and I know I will,” she remarked.

At present, Rohanie has already settled with her new life in Marawi City.

From Tupperware and cellphone accessories business, she earns an amount of Php 40,000.00 a month, with a net income of around Php 20,000.00.  (Mga Kuwento ng PagSibol/DSWD)