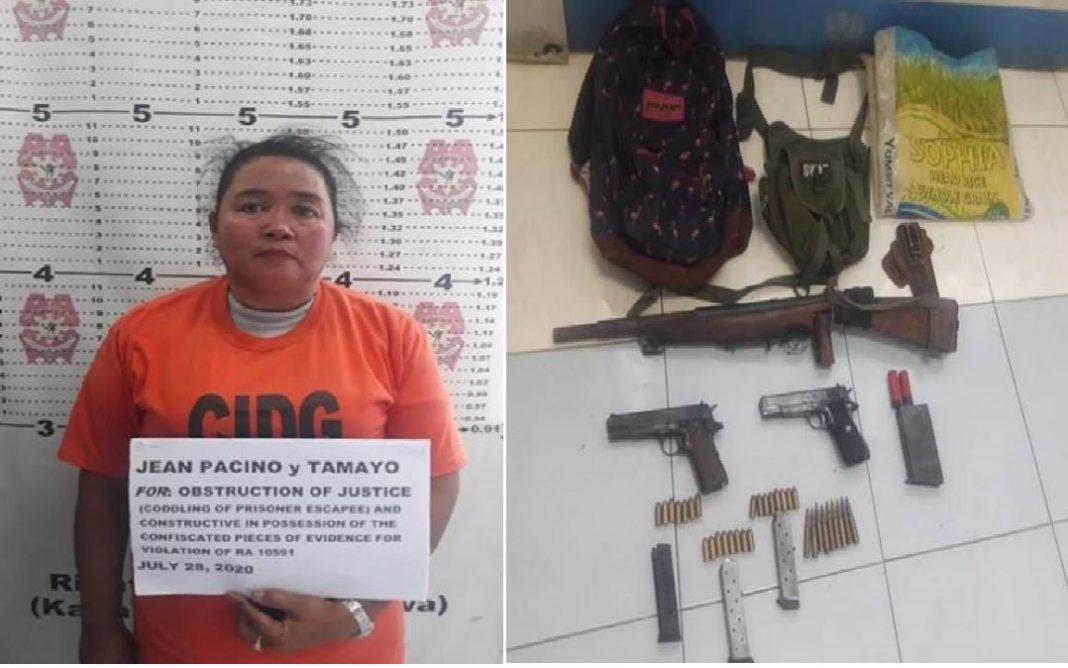 MARAMAG, Bukidnon (PIA)—Joint operatives from the Armed Forces of the Philippines (AFP) and Philippine National Police (PNP) arrested Jean Pacino in her house at Purok 7, Sitio Miaray, Mandahican, Cabanglasan, Bukidnon at 9:45 am, July 28.

Jean Pacino is the live-in partner of Richard Dagno who was convicted of murder but escaped from Davao Penal Colony (DAPECOL) on 16 December 2016. Both were identified as members of the New People’s Army (NPA) rebels operating under Sangay ng Partido sa Lokalidad (SPL) of Guerilla Front Malayag, SRC2, NCMRC.

This was disclosed in the report of the 88th Infantry Battalion (88IB) Community Support Program (CSP) team immersed in the said barangay.

CSP reports also showed that the duo was conducting extortion activities involving construction companies that operate in the municipality of Cabanglasan and neighboring municipalities.

Confiscated in her possession were two units of caliber 45 pistol with steel magazines; a 12-gauge shotgun with a steel magazine; and nine cartridges of 7.62mm ammunition.

Lt. Col Franklin F. Fabic, commanding officer of 88IB, commended the AFP and PNP operatives for their efforts on the successful operation against the extortionist.

“With the passage of the Anti-Terrorism Act, we will ensure that each member of this NPA extortionist group will be punished. We will hunt them down. The NPA has no place here in Bukidnon,” Fabic said. (CMO, 88IB, 4ID, PA/PIA Bukidnon)