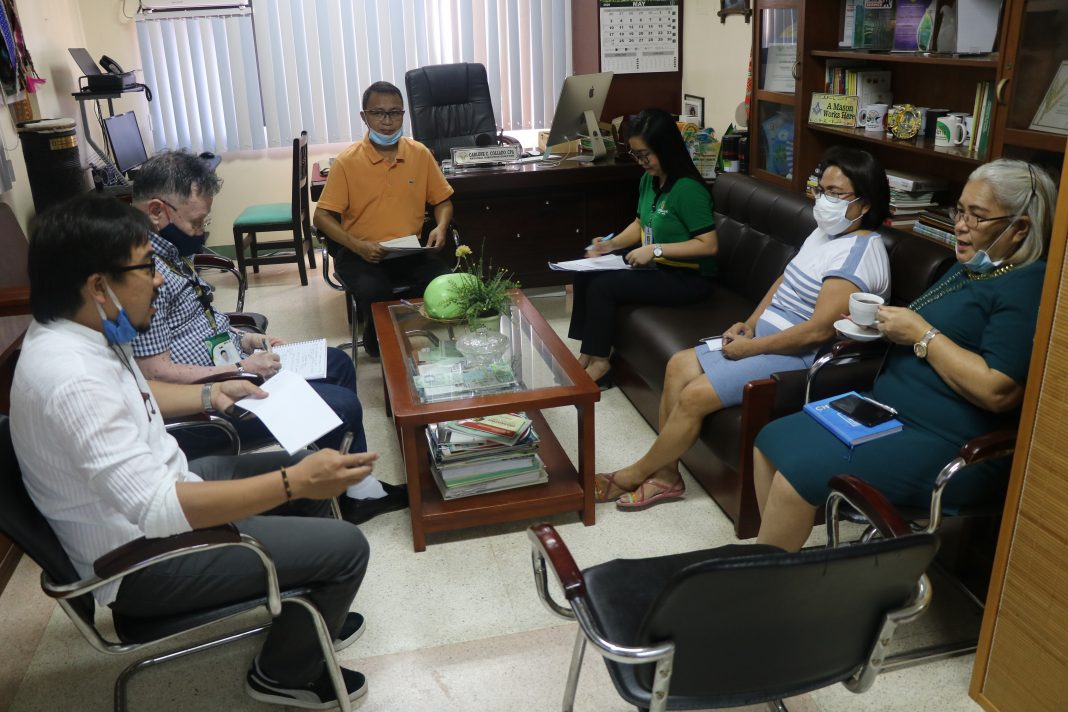 CAGAYAN DE ORO CITY (PIA)–Aiming for an efficient delivery of the government’s assistance to small rice farmers, the Department of Agriculture (DA)-Regional Field Office 10 thru OIC-Regional Executive Director Carlene C. Collado convened to discuss on the procedures of the Financial Subsidy to Rice Farmers (FSRF) distribution, in the provinces of Misamis Oriental and Misamis Occidental in Northern Mindanao.

The P3 billion national budget on FSRF program is DA’s another immediate intervention to augment the production and needs of small rice farmers affected by the low buying price of palay in effect of the implementation of the Rice Tariffication Law.

With the program’s cash subsidy of P5,000 each, farmer-beneficiaries with rice farm area of one hectare and below can also cope up with the emerging global crisis caused by the COVID-19 pandemic.

In partnership with the Land Bank of the Philippines (LBP), the department will continue to distribute the financial assistance amid tight community quarantine (CQ) measures, to qualified farmers identified by the provincial agriculture offices, who are also listed under the Registry System for Basic Sectors in Agriculture (RSBSA).

In a meeting with LBP Acting Marketing Assistant Hazelle D. Ybañez, RED Collado said with the tight measures in the quarantined areas, the local governments and the municipal agriculture offices (MAOs) of the provinces must have control and anticipate the large number of beneficiaries who will be accommodated each day, conforming physical distancing policy inside the designated banks.

“Considering the huge number of beneficiaries, especially in MisOcc, DA will coordinate with the governor and other government officials, ahead of time to discuss on the program’s processing flow, without defying the LGUs’ CQ protocols,” Collado said.

In response to DA’s concern on the CQ measures, LBP has scheduled the list of claimants per day to avoid overcrowding during the distribution.

Ybañez also cited that its servicing branches have also prepared a separate waiting area far from the counter to accommodate one farmer at a time.

Early this year, 2,620 rice farmers received DA’s first FSRF distribution amounting to P13.1 million, while the remaining 7,266 farmers from MisOcc (6,544) and MisOr (722) will be expected to line up in the designated LBP branches for the cash assistance, starting May 15.In a meeting with the municipal agriculture officers in MisOr  and LBP servicing branches, DA-10 Regional Technical Director for Operations Carlota S. Madriaga said the regional office will give an advance notice in case of possible changes, due to the changing CQ measures implemented by the LGUs between boundaries of the cities and towns in the provinces. (DA10/PIA10)