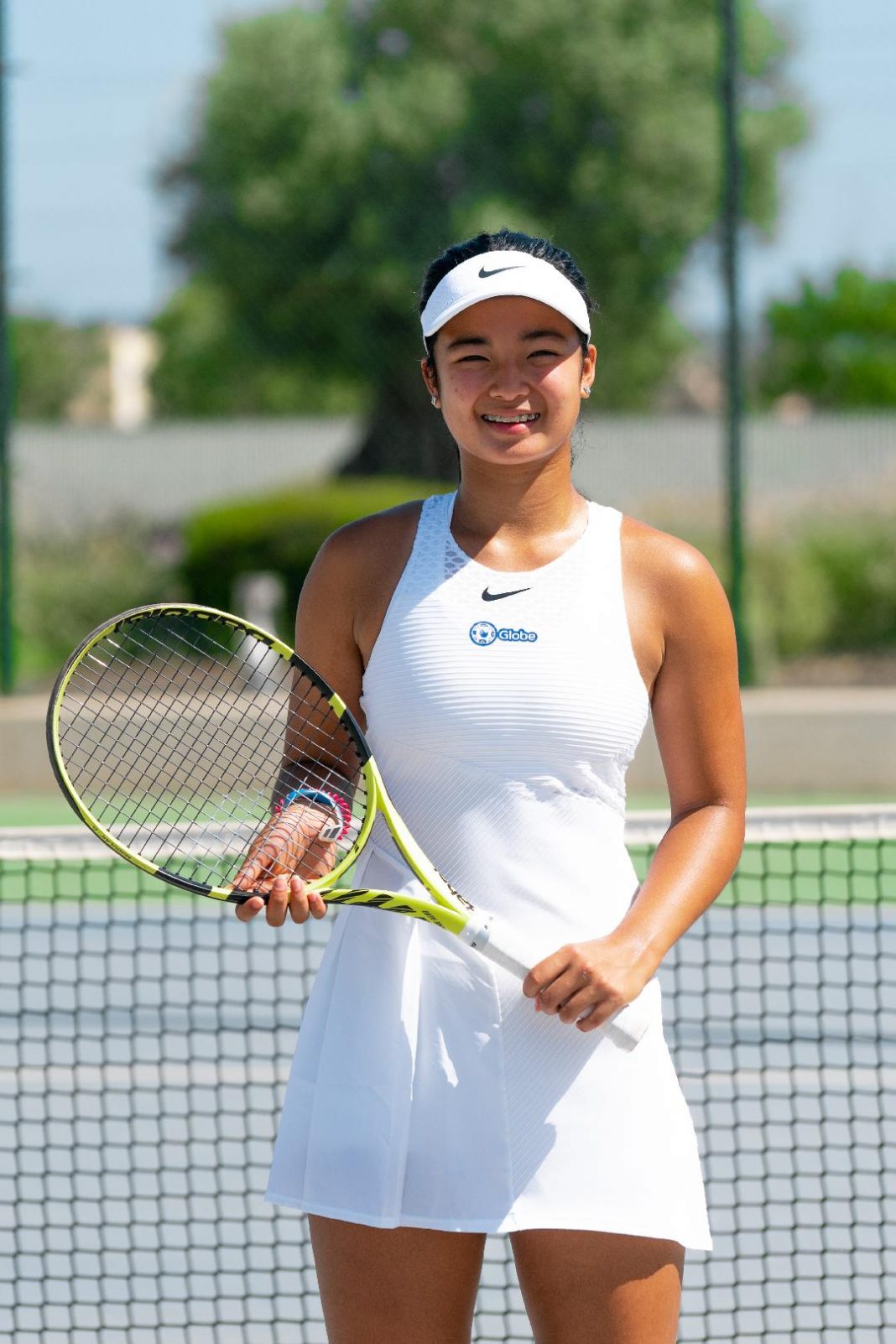 Philippine tennis sensation and Globe ambassador Alex Eala will now be able to wear the Globe logo in her tournament outfits.

The 16-year-old two-time Grand Slam winner and Rafael Nadal Academy scholar says it is a big deal for her to be able to finally put the Globe logo on her outfit.

“For Globe to have my back since I was eight-years-old really means a lot to me. I’m always hearing good things from my friends about all they have done during the pandemic. It’s really amazing how they were able to step up to make people’s lives a bit easier and happier, including mine.  I am a very proud ambassador of Globe,” Eala said during her recent virtual press conference with Philippine sportswriters.

This welcome development is a testament to the long relationship between Globe and the current French Open and Australian Open Girls’ Doubles champion.

Eala recalled the time when her Mom used to stitch Globe logos on her uniform when she was competing in 10-years and under tournaments.

“I’ve been waiting for so long for this (day) to happen, to be able to give back something to Globe is really a big deal for me. This will continue to inspire me to play better and do well in my games,” added Eala.

Globe has been supporting Eala since she started competing in several age-group tennis tournaments not only against older opponents but also against boys.  She became a Globe Ambassador at the age of eight.

“From the very start we always knew that Alex would become a world class tennis player because of her determination, dedication and discipline even at a young age. Her sheer will power to overcome adversities, being away from her family and having to train everyday to further improve her game are just few of the qualities that set her apart from her peers. Wearing the Globe logo on her playing uniform gives us much pride and joy that a Filipina tennis player is making good in the demanding and challenging WTA Tour. Just like Globe, Alex is a world class icon that represents what we all aspire for as Filipinos,” said Ernest Cu, Globe President and CEO.

The support Globe provided aided Eala to become one of the biggest names in the ITF juniors. She is currently the number 3 ranked player in the ITF Juniors world ranking with a career best number 2 spot she achieved in October last year.  Eala is now ranked 662nd in the WTA Tour from a career best 624th she achieved last June 3, 2021.

After her successful campaign in Roland Garros, Eala is now turning her sights on competing for the first time in Wimbledon, the third Grand Slam event of the year.