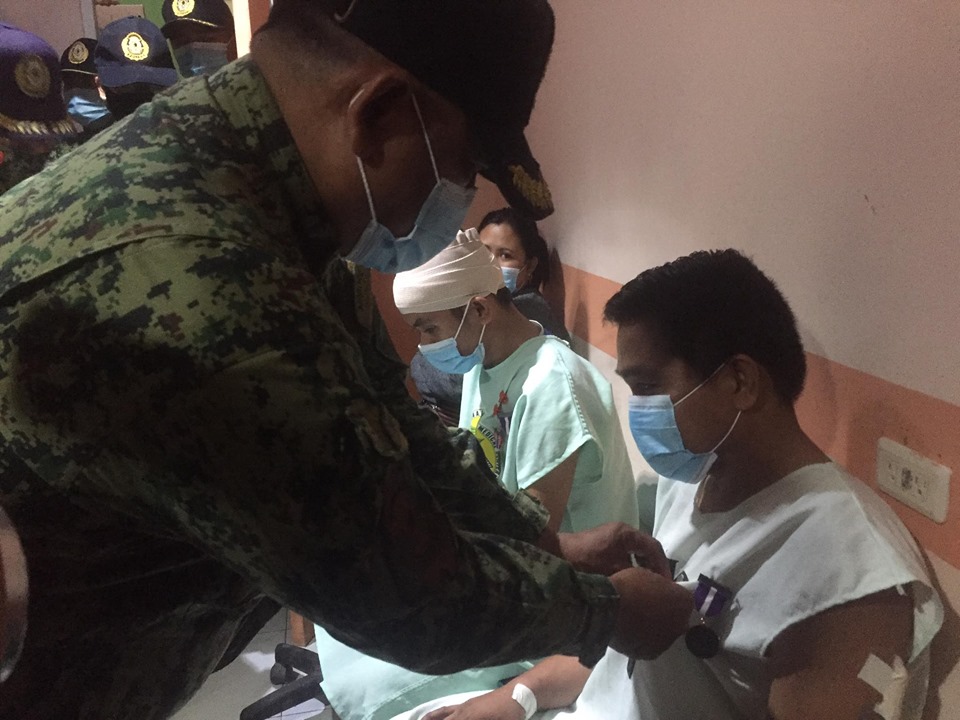 Upon arrival, he first met with the police officials in the province and proceeded to the slain policemen at Calamba, here, where he extended sympathy to the families.

Anduyan then visited the wounded police personnel at Mayor Hilarion A. Ramiro Sr. Medical Center (MHARS-MC) in Ozamiz City where he awarded them the Medalya ng Sugatang Magiting in the presence of their families and some local media.

The director said he feels sad about what had happened knowing that one of his men died during the attack. “We are here to boost the morale of our comrades. Sometimes we fall but it doesn’t end everything to serve the people, ”Anduyan said.

Anduyan urged the people to help and support the government for peace and order in the community.

He assured that the Philippine government will provide the necessary assistance to the slain and wounded police officers which include the presidential social fund, medical and burial benefits.