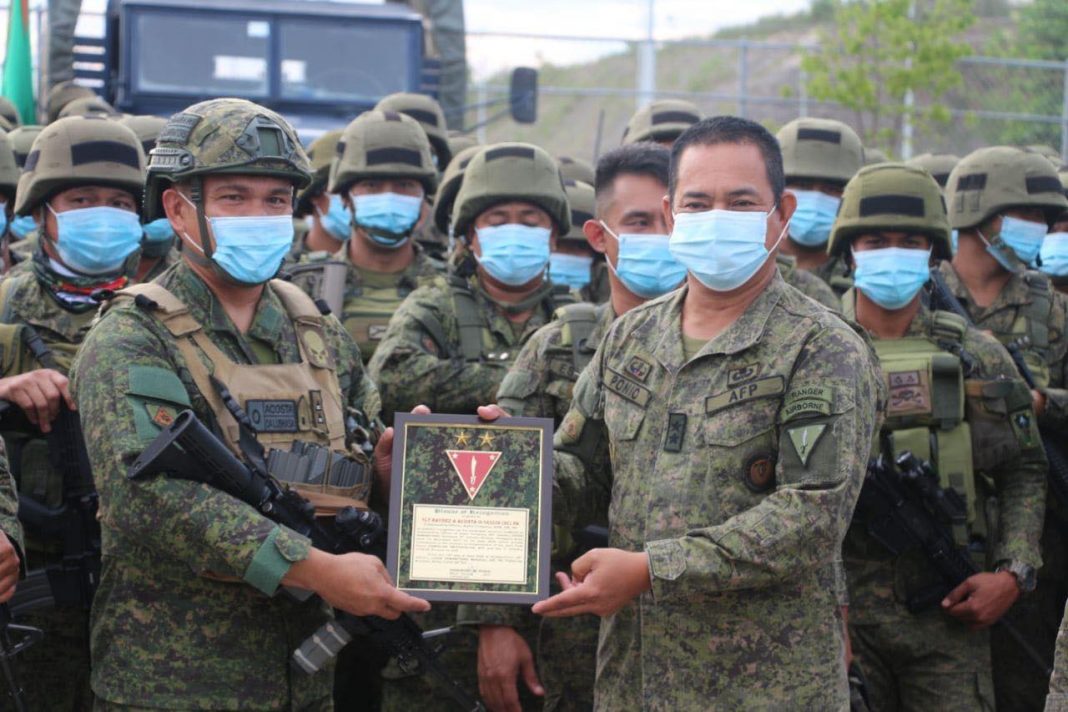 The 49th Infantry “Good Samaritan” Battalion, after three years and nine months of duty in Mindanao, was redeployed back to its mother unit, 9th Infantry Division, whose area of responsibility is Bicol Region.

Major General Generoso Ponio, commander of the 1st Infantry (TABAK) Division, who also led the sent off ceremony, lauded the 49th Infantry Battalion for its successful duty and thanked them for the attainment of peace and order in the area of 1ID.

“Your accomplishments and significant contributions here in Western Mindanao will be forever written in your unit’s history. Remain gallant and professional in dealing with the threat groups and the constituents of your new area of operation, “said MGen. Ponio.

The 49th Infantry Battalion took part during the war against the Maute brothers’ lair in the town of Butig, Lanao del Sur in the year 2016. The unit also played a vital role during the liberation of Marawi in the year 2017.

After the Marawi Siege, the unit continued its relentless military operations against the Dawlah Islamiya Maute terrorist remnants that significantly contributed to the improved peace and order situation in the town of Butig.

In collaboration also with other law enforcement agencies, more illegal/loose firearms and other war materials were voluntarily surrendered and clan wars (RIDO) settled with the help of the local officials and community leaders.

They were also instrumental in the first-ever Provincial Youth Leadership Summit and in partnership with the local government unit of Butig, they’ve jointly developed the former Maute group lair (Camp Darul Iman) into an eco-tourism park which is now frequently visited by the locals and people from other municipalities. (Tabak Division, PA)