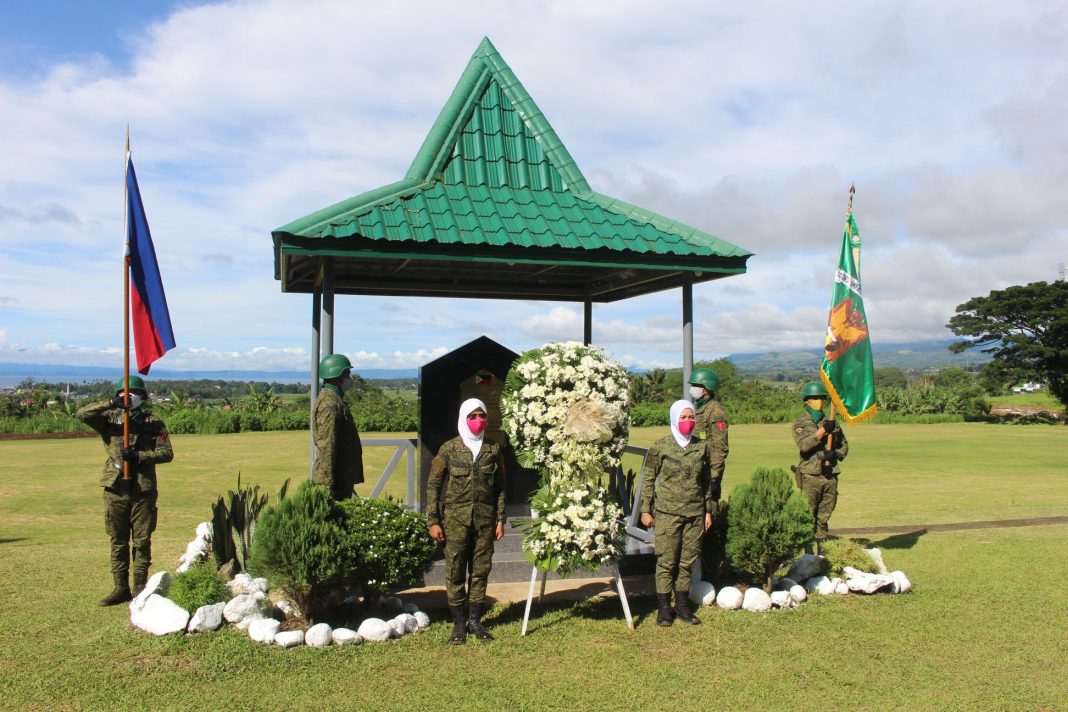 Colonel Jose Maria R Cuerpo II, the commander of Haribon Brigade who was also actively involved during the siege as the Brigade’s Deputy Commander, led the troops as they remember the sacrifices of the fallen heroes who fought hard to liberate Marawi City from the clutches of the violent extremists Dawlah Islamiyah – Maute Group who attempted to establish a “Wilayat” in the country.

“Despite this novel coronavirus disease pandemic (COVID-19), we have not and will never forget the heroism displayed by our soldiers during the 2017 Marawi siege. I call on the patriotic spirit of all Meranaos to do their part and help maintain the peace we are enjoying today. We are one in this fight, one in the fight against this terror threat in the province,” Col. Cuerpo said.

There were 168 soldiers and police officers and a number of civilians who died in the fight against terrorists during the 153 days Marawi Siege. Thousands were left displaced but the military and the government never left the people.

To this day, the rehabilitation progress of Marawi City continues amidst the country’s fight against the COVID-19.

“Unity is a critical consideration in these trying times as manifested during the Marawi siege where the people and the security sector joined hands in fighting the common enemy. Peace and development can be attained. Nothing is impossible if there is cooperation, understanding, and discipline among us,” Cuerpo further said.”Let the Marawi Siege be a reminder to every one of the terror and tragedy caused by the terrorists. Rest assured that your Haribon Brigade will do its best and exert all effort to prevent such tragedy to reoccur, and to promote peace and development in the City of Marawi and the province of Lanao del Sur,” he added. (103rd Bde/PIA ICIC)