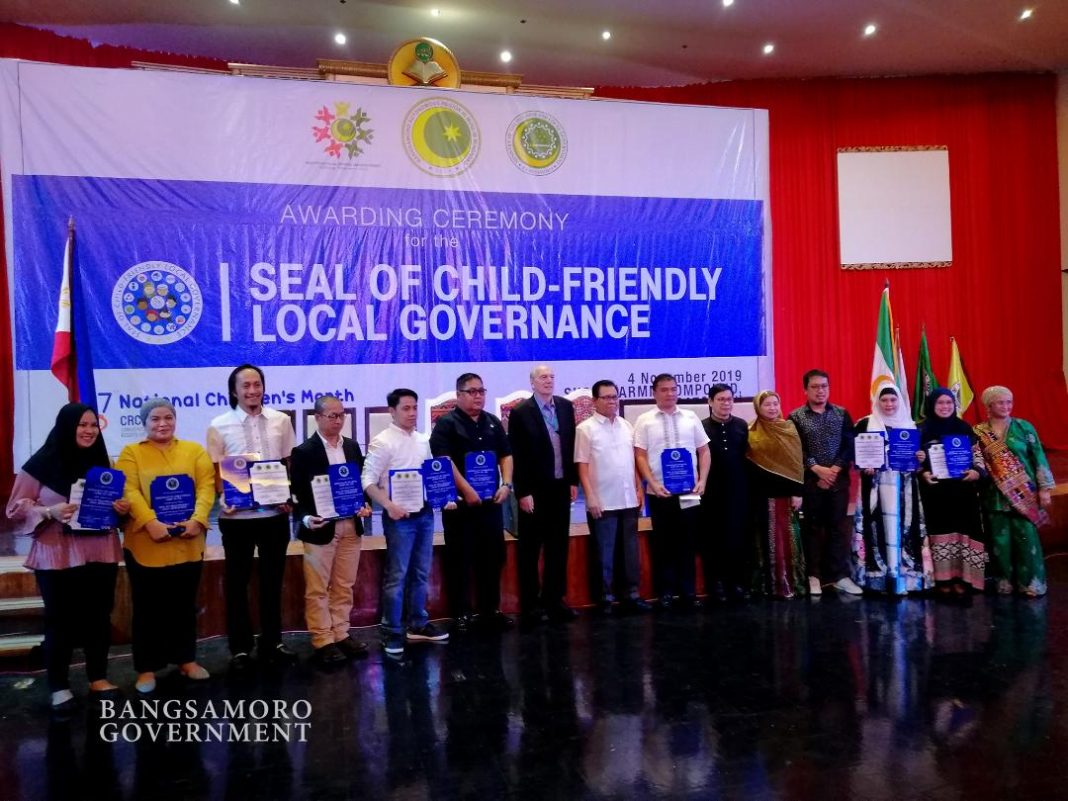 MARAWI CITY, Lanao del Sur, Nov. 6 — The Bangsamoro Autonomous Region in Muslim Mindanao (BARMM) kicked off the celebration of the 27th National Children’s Month (NCM) through a program and an awarding ceremony Monday, November 4, at the Shariff Kabunsuan Cultural Center in Cotabato City.

Sixty-six (66) local government units in the BARMM were awarded the Seal of Child-Friendly Local Governance (SCFLG) in recognition of their pursuit of policies and programs that promote children’s rights. Each LGU received two plaques, one from the national government and another from the Bangsamoro Government.

Bangsamoro Chief Minister Ahod Ebrahim said, “We must recognize the rights of the children in the work that we do in public service. The decisions we make now will affect their lives in the future. We owe them better lives than what we’ve experienced during our lifetime.”

Moreover, the towns of Jolo, Sulu, and Datu Saudi Ampatuan, Maguindanao, and the city of Lamitan were honored as regional awardees of the 2018 Presidential Award for Child-Friendly Municipalities and City.

The Ministry of Social Services and Development (MSSD) in collaboration with the MILG will spearhead the month-long celebration pursuant to Republic Act 10661 or “An Act Declaring November of Every Year as National’s Children’s Month.

The Bangsamoro Government will lead the conduct of a series of events throughout November in celebration of the NCM.

“Children’s rights are human rights,” said Minister Raissa Jajurie of the MSSD. “It’s high time to instill the significance of children’s rights in the Bangsamoro consciousness.” (Bureau of Public Information)