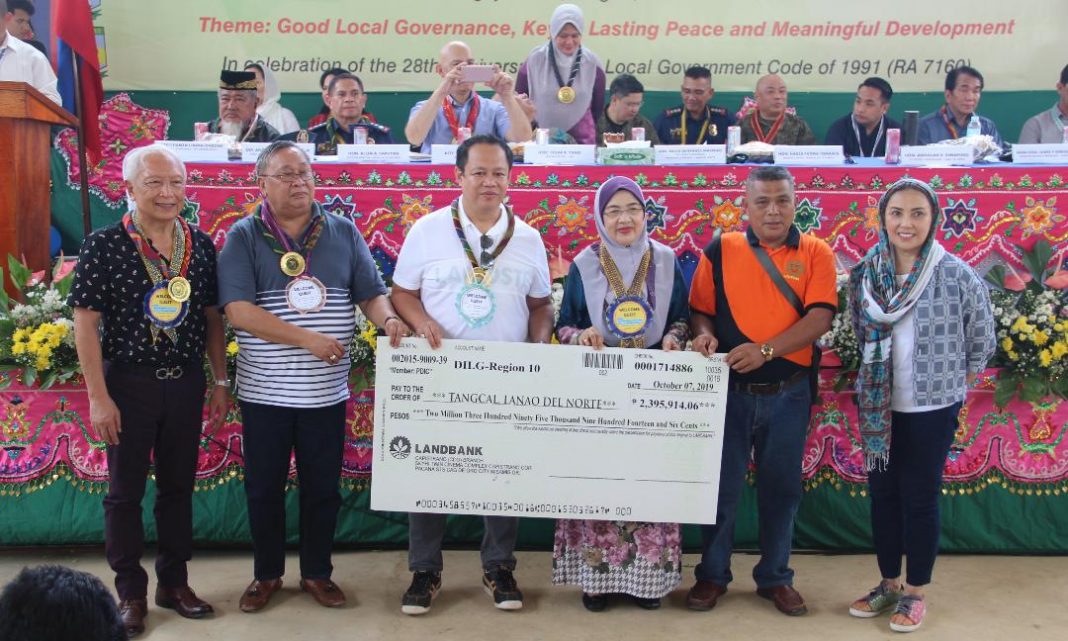 CAGAYAN DE ORO CITY, Oct. 17 — Barangay Beruar of Tangcal municipality in Lanao del Norte is set to finish its Php 12 million-worth of Salintubig Project, as Department of the Interior and Local Government (DILG)-10 released the second tranche of the project amounting to around Php 2 million.

“Contented, happy and healthy communities—this is our goal; And our intervention is on the delivery of safe-reliable water supply, especially in Barangay Beruar,” DILG Regional Director Arnel M. Agabe said.

With the current 92.52 percent physical accomplishment of the said water system project, the Regional Director looks forward that this could finally be of service to the community of Barangay Beruar.

Agabe said that this is just one of the efforts in making the government be felt, even in the remote barangays, as the Province of Lanao del Norte officially launched the Provincial Task Force to End Local Communist Armed Conflict (PTF-ELCAC) on October 7, 2019.

“For Lanao del Norte, we have the champion in ensuring sustainable peace and development through operationalizing EO 70 in the person of Honorable Imelda Quibranza Dimaporo, our Governor and PTF-ELCAC Chairperson,” Agabe added.

EO 70, also known as the “Whole-of-Nation Approach”, is aimed to address the root causes of insurgencies and other armed conflicts and threats by prioritizing and harmonizing the delivery of basic services and social development packages by the government.

During the activity,  Agabe also urged the attending Municipal Mayors to ensure that they have insulated their municipalities from being infiltrated by the local communist groups by creating Municipal Task Forces.

With this, DILG Assistant Secretary for Community Participation and Barangay Affairs Roosque B. Calacat gave two commitments to the Province of Lanao del Norte.

“These two commitments are first, the official commitment of the DILG, and second is my personal support to the implementation of this program because the Province has shown exemplary performance which should be followed by other provinces,” he said.

“Let us continue to join hands and work as one in building safe and peaceful communities we can all enjoy today,” he added. (Rezza Mae B. Tolinero/DILG-10/PIA10)