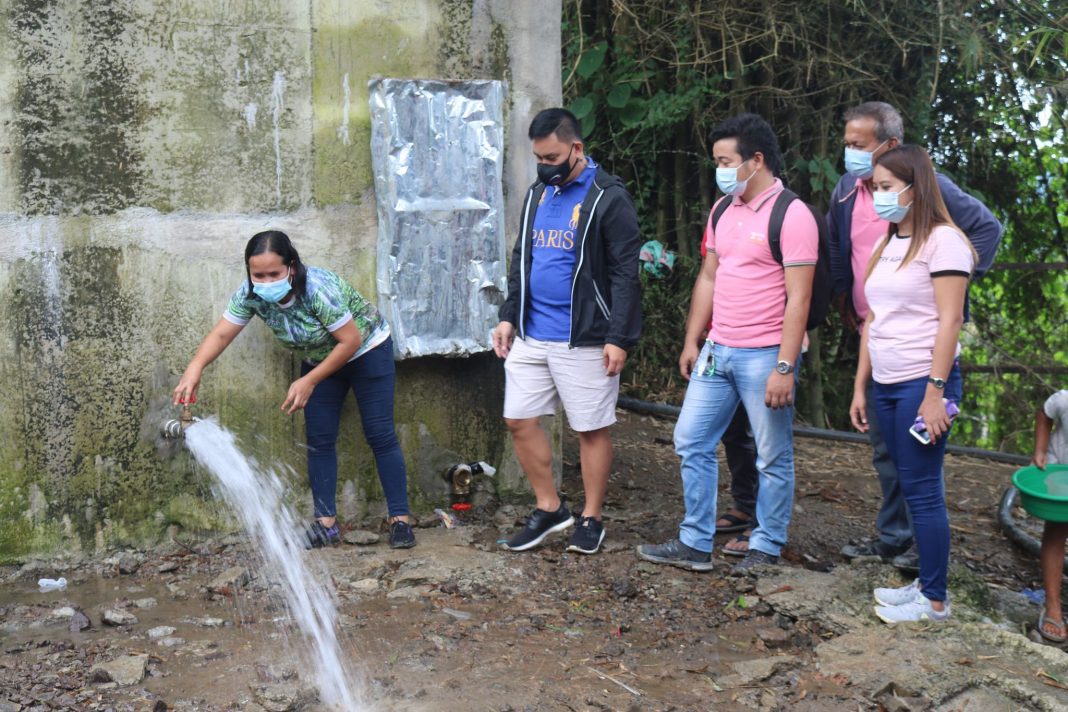 Aside from aiding farmers in the area, the P1.4 million project will also benefit about 600 households in the area who do not have access to potable water.

APOO Agricultural Engineering Division Chief Mae Anne Timoteo said the reservoir could produce about 210 barrels of water per day (200 liters per barrel). Such could aid farmers in the area in planting banana, vegetables and other crops.

The councilor added that establishing an environment-friendly water system is a great help to the community members not only to the farmers as it can benefit household who will need water for their daily activities particularly for drinking, cooking, washing clothes, and bathing.

(We monitored the level of water during the recent El Niño experienced in the area. We also monitored the area during wet season to ensure that the source could sustain through time)

For his part, Clifford Antonio, 29, said as one of the farmers who can benefit from the water system project, they are looking forward to more vegetables to be produced especially now that the pandemic has greatly affected their source of income.

SDP, which is comprised of a concrete storage tank, intake structure, and polyethylene pipes, is an irrigation system  that capitalizes on groundwater that flows out from the area’s surface. (RTP/PIA10)