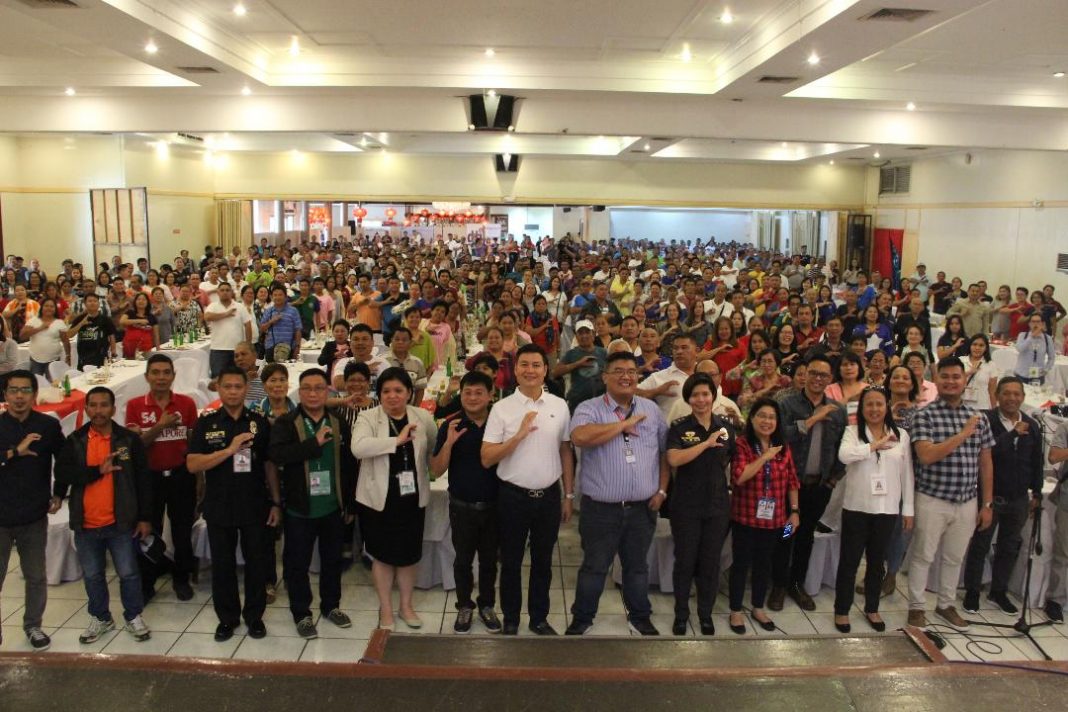 CAGAYAN DE ORO CITY, Nov. 7 — In the pursuit of raising public awareness and secure substantial public support on the need to reform the present Constitution, the Department of the Interior and Local Government (DILG) 10 in coordination with Center for Federalism and Constitutional Reform (CFCR) conducted on October 31 the first Constitutional Reform (CoRe) Provincial Roadshow in Mindanao.

Dubbed as “Balangayan 2019”, the activity was intended for a meaningful convergence of different sectors to directly interact in a constructive dialogue about constitutional reform with government officials and other stakeholders.

DILG 10 Regional Director Arnel M. Agabe urged involved sectors to be partners of the government in advocating for constitutional reform saying, “We need you in this advocacy, and to advocate for this would mean being enlightened as to what are the implications of these reforms.”

Its priority concerns would include providing more opportunities for the provinces to develop, elect leaders who care for their constituents and further bring the government closer to the people.

“Our past constitutions were enacted out of rush due to revolutions. There were no public consultations or people’s participation. Right now, we are lucky because we now have the opportunity to participate,” Atty. Vicente Homer B. Revil, Constitutional Reform Resource Speaker, said during his discussion.

With the advocacy seeking to strengthen community participation by involving various sectors and providing equal opportunity for both national and local levels, Atty. Revil moreover underscored that the constitutional reform will be able to reflect the current needs of the country.

The provincial roadshow is just one of the activities in line with President Rodrigo Duterte’s directive to intensify public awareness and education about the federal system of government and its impacts.

Other series of activities conducted in Northern Mindanao from October 25-31 include speakers’ training for DILG field officers, academe representatives and local government units’ representatives who are targeted to effectively inform and educate the public about the merits of Federalism and constitutional reform.

With this, Director Agabe encouraged disseminating constitutional reform details as prescribed, focusing on the said four pillars of messages to prevent public misinformation.

Involving the local government units and the youth sector recognizes their fundamental role in nation-building, especially in generating their full support in reforming the present system.

The series of events takes its cue from the ‘Dagyaw’ Concept—serving as an avenue for the participants to delve into government’s efforts on uplifting the lives and welfare of the people through informing them about the various government projects that are in line for them.