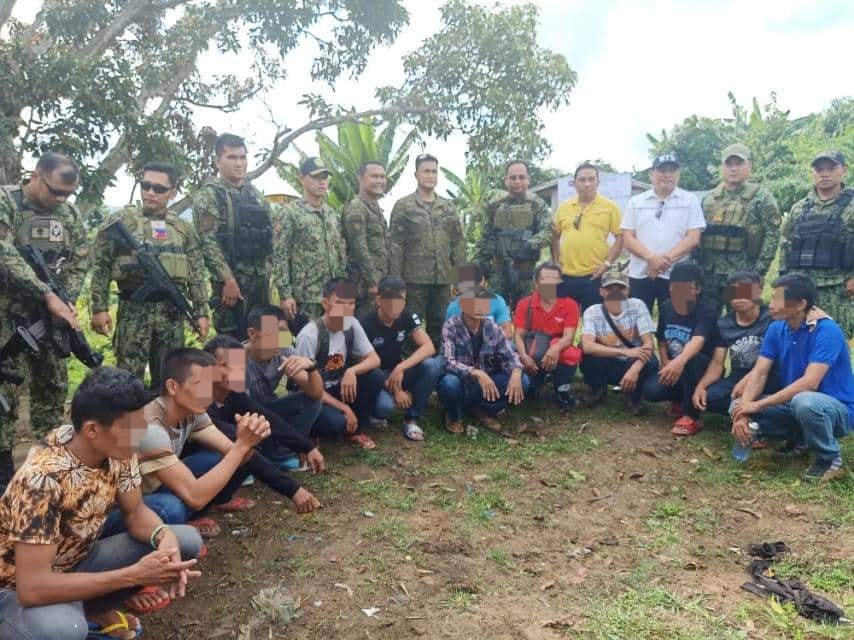 Police Regional Office- Twelve out of the 13 NPA members who surrendered to authorities on the 9th of December turned out to be Top Most Wanted and Wanted Persons in provincial and municipal level in the area of Sarangani.

It can be recalled that joint elements of Malapatan MPS, SPPO/PIB, SPMFC and “A” Coy 73rd IB,  successfully convinced 13 persons believed to be members of CNT and YUMIL members of Platoon South, WGF TALA, FSMR to surrender during the simultaneous Internal Security Operation at the mountainous areas of Brgy Sapu Masla, Malapatan, Sarangani Province on December 9, 2019.

Top Ten Most Wanted Person in the Province of Sarangani

PBGEN ALFRED S CORPUS, Regional Director, PRO 12 further said that the former rebels sought refuge in the CNT to evade their criminal cases. However, experiencing the dreadful state of life in the armed group first-hand, they realized that the organization whom they sought refuge from cannot deliver the sworn relief that they are looking for and on the contrary only worsen their situation.

“Despite the knowledge of facing their pending criminal charges, they willingly turned themselves in to the folds of the government than be subjected to   the pressure of intensified Internal Insurgency Operations and the Campaign Against Top Most Wanted Persons or Wanted Persons.

This is a clear message for those who have been deceived of these CNTs by making them think that they are the salvation or a way out to whatever problems or situation they are in, No, they are not and they won’t be, only the government can give the solution to what ails you.

You just have to trust the government and the authorities because we are doing all we can to create a peaceful and harmonious life for everybody”, said PBGEN CORPUS.