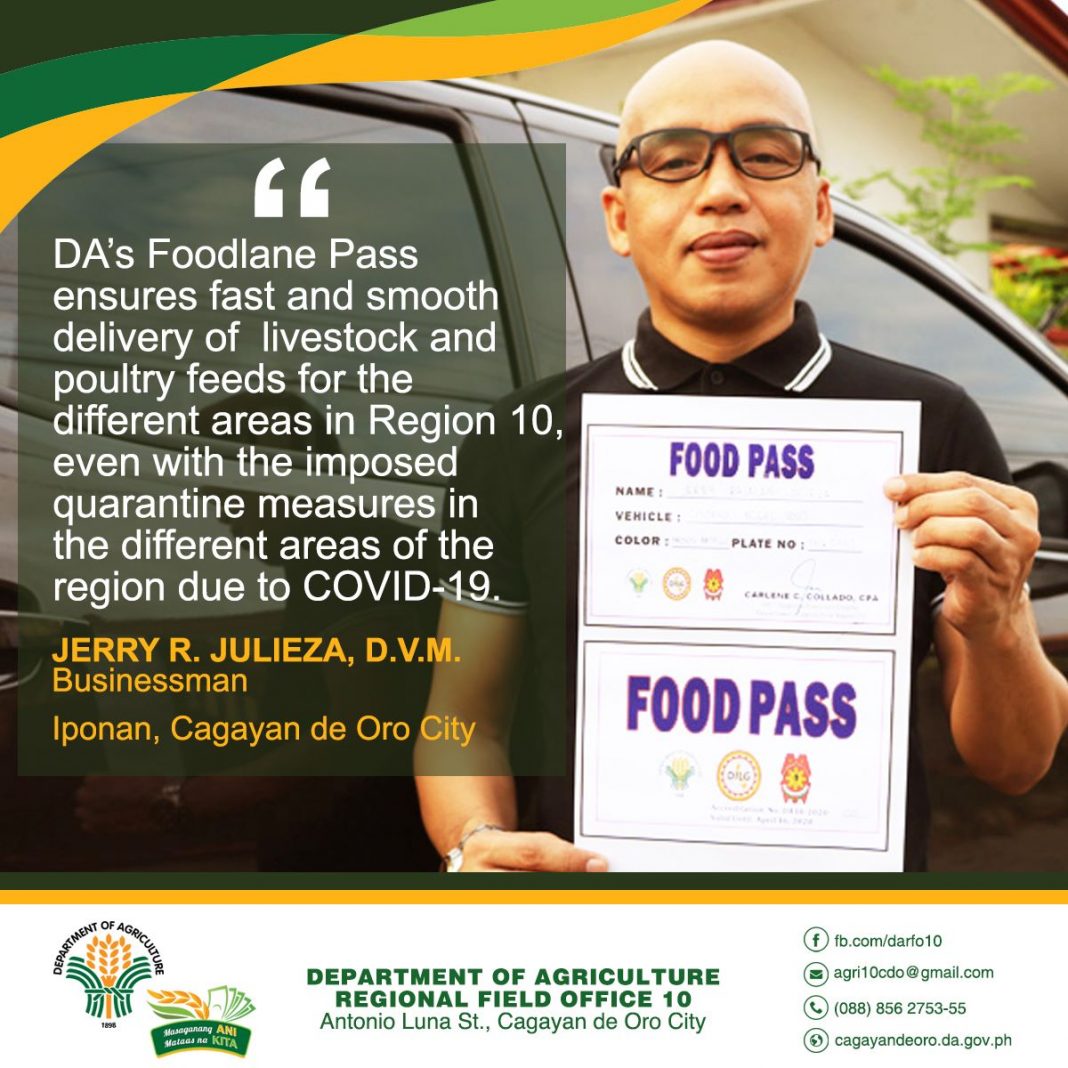 CAGAYAN DE ORO CITY (PIA)–As the distribution of relief packs is among the initiatives that local government units have been adopting to curb the spread of COVID-19, the Department of Agriculture (DA) urges its officials to consider buying local farmers’ produce.

“Aside from the usual distribution of canned goods and other processed food, we suggest the local government units (LGUs) to engage in buying fresh produce from our farmers,” Carlene C. Collado, officer-in-charge, regional executive director of DA-Regional Field Office (DA)-10, reiterated the DA chief’s appeal.

The DA exec went on to relay that the measure will be a win-win situation for both producers and consumers.

“By encouraging LGUs to buy directly from our noble providers of food in their respective localities, farmers will have an assured market while we strongly uplift their morale to produce more quality agri-fishery products amid the current health crisis.

Meanwhile, promotion of a healthier diet can also be achieved through the consumption of these agri-commodities by the different households,” the director said.

Collado also urged the food suppliers, especially those who already have commitments for deliveries across the region to secure foodlane passes from the agency, to fast track their deliveries from production areas to their desired drop-off points.

“Such initiative is coordinated with the Department of the Interior and Local Government (DILG) and the Philippine National Police (PNP), with the foremost intent for a seamless distribution of food and production items amid established quarantine checkpoints,” Collado said.

As of March 30, 5:30 p.m., a total of 3,053 foodlane passes were already issued by the different processing centers located throughout Northern Mindanao including the following:

For thorough information and guidance, interested applicants may also opt to access http://agribusiness.da.gov.ph while online submissions can be made to amad1northmin@gmail.com.

“In either way our food and production item suppliers, delivery truckers or other related distribution entities would want to bring their items to consumers, DA continues to laud their efforts for joining the government in ensuring food security during this health outbreak,” Collado said. (DA10/PIA10)