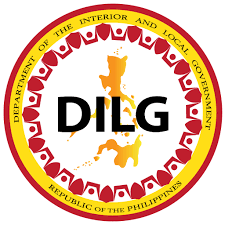 CAGAYAN DE ORO CITY (PIA)–Department of the Interior and Local Government (DILG)-10 reminds the public that even though a local government unit may no longer be under a general community quarantine or be reclassified into modified general community quarantine, this does not mean that the public is no longer susceptible to the spread of COVID-19—thus, the need to stay vigilant and adapt to the ‘new normal’.

DILG 10 Regional Director Arnel M. Agabe underscored, “Whatever community quarantine classification a local government unit may be into, we are calling for the public to continue on following guidelines being implemented by the national government and their LGUs.”

Agabe added that they will only be fully prepared if everyone does their part. This is why they are calling for the full support of the local government units by crafting policies in line with the ‘new normal.’

With this, the Regional Inter-Agency Task Force (RIATF)  through the Northern Mindanao Task Force enjoins LGUs to continue on strictly enforcing the policies and guidelines of the national level.

The regional director further reiterated that if there will be easing up of restrictions, people of Northern Mindanao should remain disciplined. The public is still advised to continue wearing masks and observe social distancing. On the other hand, public transportation will be allowed to resume operation provided that it will limit the number of its passengers.

As per DILG Secretary Eduardo M Año, “For the country to heal as one, the national government and all LGUs must fully cooperate towards a unified and orderly implementation of the Bayanihan law.