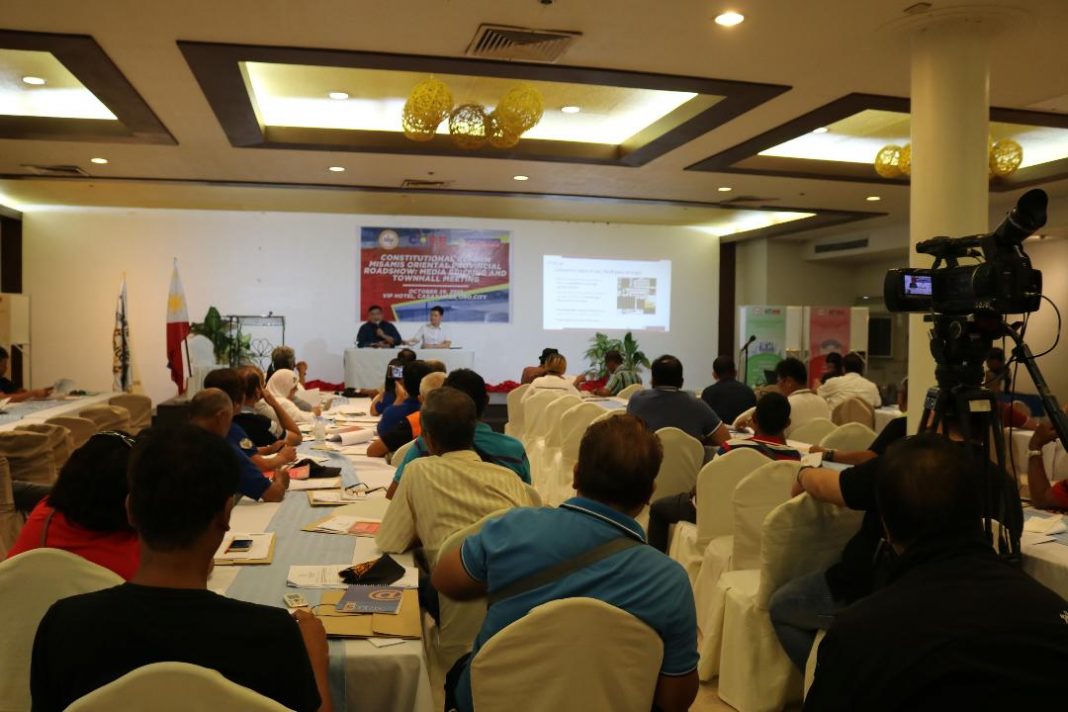 CAGAYAN DE ORO CITY (PIA)–To strengthen the campaign on constitutional reform in the region, the Department of the Interior and Local Government (DILG) convened around 25 members of the press here in Cagayan de Oro City, October 29.

DILG Regional Director Arnel Agabe said it is the aim of the roadshow to highlight constitutional reform as an instrument in developing provinces and expanding Metro Manila. He added that through the reform, the government will be brought closer to the provinces as welll as the latter can be given more opportunities.

Through the constitutional reform, regions will be empowered and they can activate their participation in national decision-making.

As a response, Butch Enerio, member of the press, said the government can rely on the media to disseminate information on its constitutional reform advocacy.

The Constitutional Reform Roadshow held here in Cagayan de Oro is the third leg of the campaign throughout the country spearheaded by the DILG. It was first held in Lingayen, Pangasinan then in Tuguegarao, Cagayan Valley. (Recthie T.Paculba/PIA10)