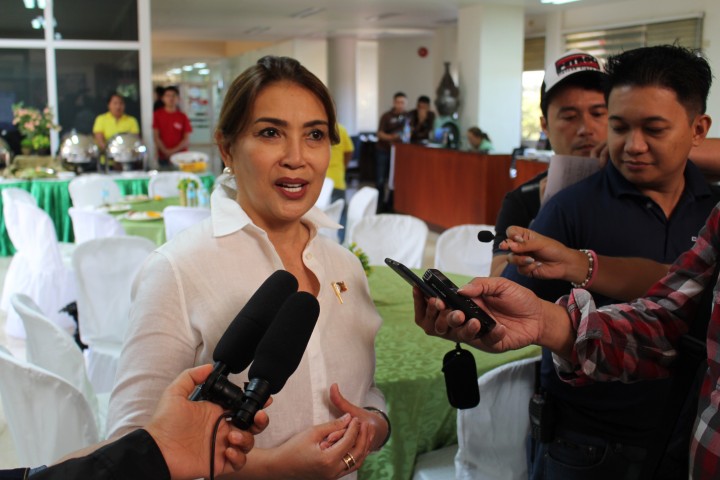 In an interview with the governor shortly after her meeting with PCOO Secretary Jose Ruperto Martin M. Andanar, she said she looks forward to more collaboration and partnership with the Secretary through the Philippine Information Agency (PIA) especially in promoting the province at the regional and national level.

During the said meeting, Andar presented the Duterte Legacy which features the successes and sacrifices of President Rodrigo Duterte and his administration to bring progress to the country.

Secretary Andanar also told Governor Dimaporo that PCOO could help the province in coming up with its own Duterte Legacy campaign materials to be shown in the province’s different communication channels.

He added that the PCOO is putting up a media hub in Davao City which will open in June.

He said that the building will showcase advanced, state-of- the-art equipment for communications.

For Northern Mindanao, Secretary Andanar’s major project is the soon-to-rise Government Strategic Communications Academy in Manolo Fortich, Bukidnon, the first in the country.

Andanar explains that this will cater to media and information officers nationwide to get trainings in the field of communication.

For her part, Governor Dimaporo said one of the highlights of the Duterte legacies in Lanao del Norte is the building of Panguil Bay Bridge that will connect Tubod, Lanao del Norte and Tangub City in Misamis Occidental.

Groundbreaking was finally done in September 2019.

She said that this is one of the projects under Duterte administration that she is very thankful for, as this will boost the economy in Lanao del Norte. (JMORucat)