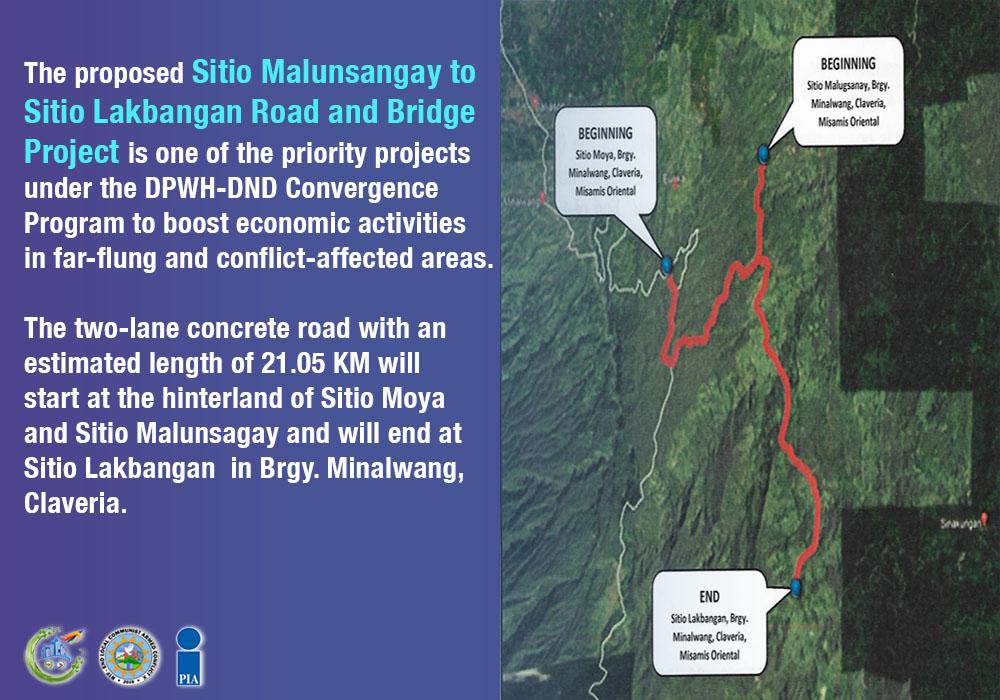 Vinah Jeanne B. Maghinay, regional information officer of DPWH-10, said the project is a two-lane concrete road with an estimated length of 21.05 KM including bridges with a total length of 446.00 linear meters.

She said the project is one of the identified priority projects under the DPWH-Department of National Defense (DND) Convergence Program in support to end local communist armed conflict (ELCAC).

Maghinay said the project is seen to improve peace and development in the area. It will also provide better access and tactical advantage to the Armed Forces of the Philippines and divert the community in the hinterland and neighboring areas from the communist group.

The project was unveiled by DPWH-10 during the launching of the Misamis Oriental Task Force ELCAC in Sitio Moya, Barangay Eureka in Gingoog City, September 26.

The project will start at the hinterland of Sitio Moya and Sitio Malunsagay and will end at Sitio Lakbangan. (APB/PIA10)