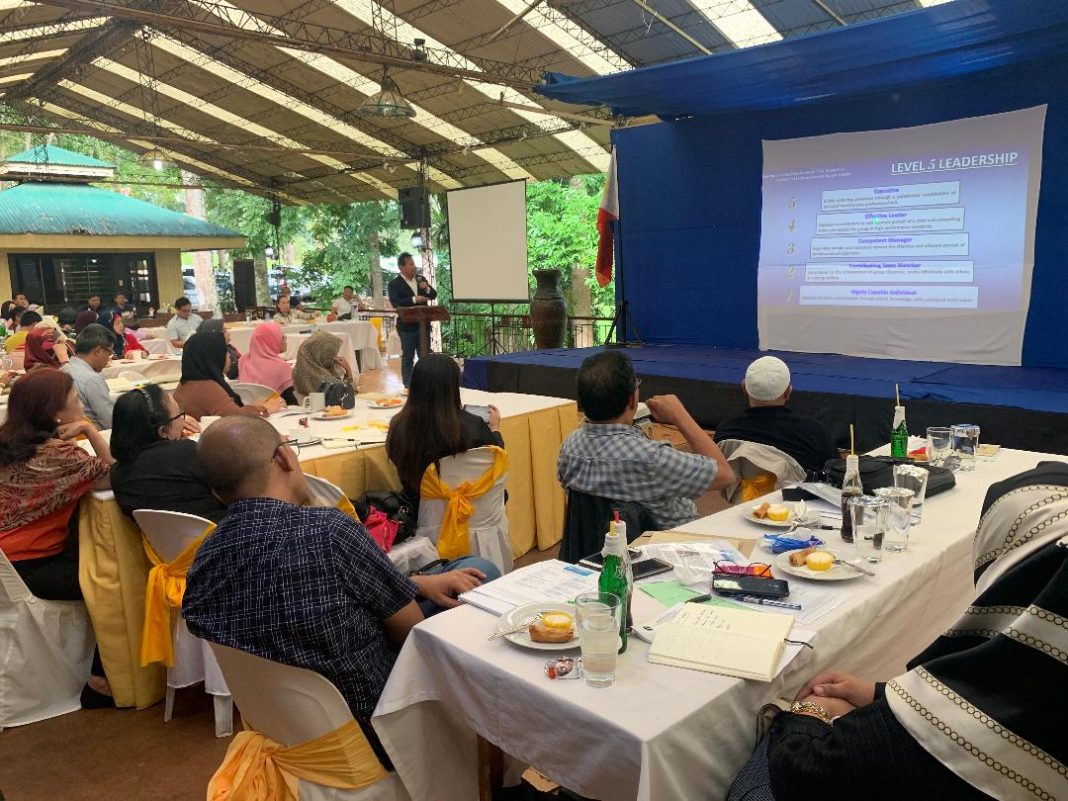 An agency of the government that encourages leadership excellence and personal and professional development of its officials and employees, the DPWH was represented by Undersecretary for Support Services Ardeliza R. Medenilla and Stakeholders Relations Service Director Elizabeth P. Pilorin.

An iconic and awarded leader in the Career Executive Service (CES), Undersecretary Emil K. Sadain of the DPWH – Unified Project Management Office (DPWH-UPMO) Operations and Technical Services was invited by CESB Executive Director Atty. Maria Anthonette C. Velasco-Allones to be the resource speaker on the topic “GREATful Leadership for Inclusive Development”, owing to his extraordinary sense of commitment and passion for public service and promoting change.

Undersecretary Sadain shared his challenges, inspirations, dreams, and lessons in building the road to participatory, equitable, inclusive and sustainable development particularly in the Bangsamoro Autonomous Region of Muslim Mindanao.  His passion and firm resolve to deliver excellent, accountable and life-changing results in an environment of adversity provided meaningful lessons to some 80 participants from various government units.  Through his story on various government infrastructure development initiatives and steps leading to organizational transformation, Undersecretary Sadain inspired fellow public leader-managers of the CES community to live up to the ideals in the CES, that is to bring to the entire bureaucracy change where it is needed, expertise where it is missing, and leadership where it is wanting.

In September 2017, no less President Rodrigo Roa Duterte handed Undersecretary Sadain with the Gawad Career Executive Service plaque with the Presidential Seal in a formal award presentation ceremony at the Malacanan Palace. Undersecretary Sadain, who was on secondment at DPWH-Autonomous Region for Muslim Mindanao (ARMM) as its Regional Secretary from January 2012 to June 2015, was recognized for his effective use of change management tools in improving the human resource capability, performance, and fiscal management of the DPWH-ARMM, resulting in significant agency savings of the organization.

Hailed as the Father of Reform Agenda in DPWH-ARMM, Undersecretary Sadain was also a recipient of a Plaque of Recognition as CES Outstanding CEO (Cost Effective Officer) for the 3rd Quarter of 2015 for his strategic leadership whose decisions/actions have resulted in the desired level of performance leading to the maximum utilization of resources and increased agency savings.

DPWH ARMM generated huge savings amounting to P450 million which was used for procurement of construction equipment and implementation of many high impact projects by way of improved policies, programs, and fiscal management that boosted morale within the organization and the development of infrastructures in the Region.

Leadership Conclave is a series of fora conducted nationwide showcasing exemplary, pioneering and influential leaders from the Career Executive Service and various fields of governance and development. The fourth forum was anchored on the theme “GREATful Leadership: Performance, Positivity, Possibilities.”  (DPWH)