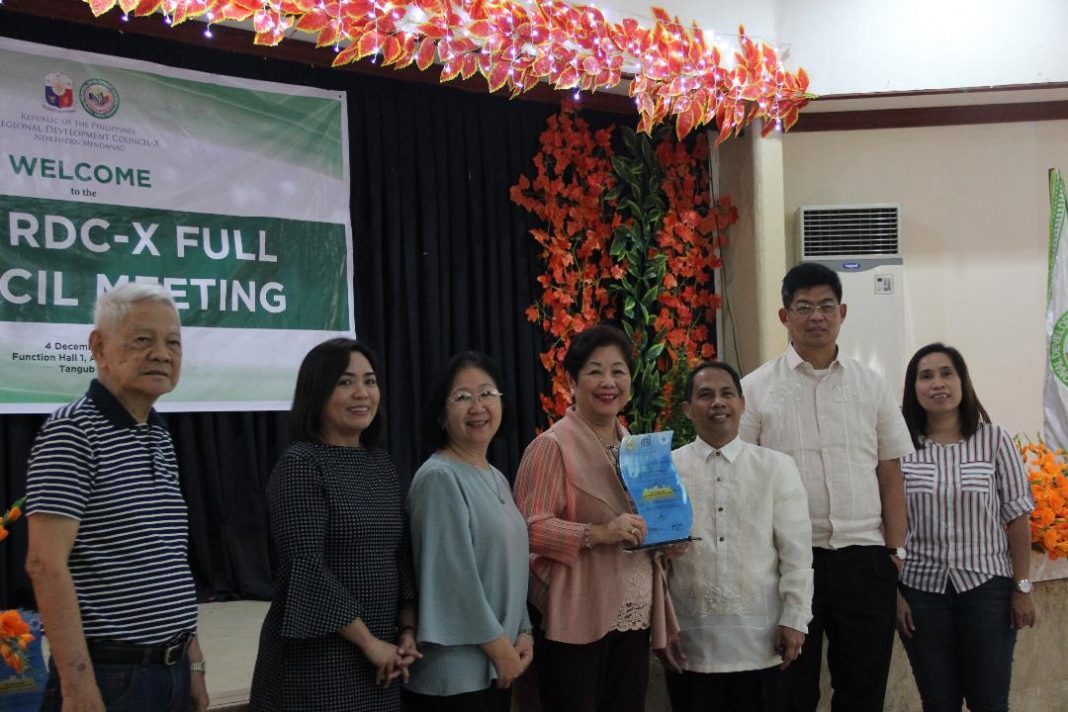 CAGAYAN DE ORO CITY, Dec. 17 — Department of Trade and Industry (DTI) Northern Mindanao awarded Local Government Units (LGUs) in Region 10 that made it to the top 20 in the 2018 Cities and Municipalities Competitiveness Index (CMCI) Survey.

Cities or municipalities are ranked on their competitiveness in the four pillars: economic dynamism, government efficiency, infrastructure, and resiliency. Scores are determined by the completeness of data and the values of the actual data submitted.

Camiguin and Misamis Oriental garnered the most number of awards, including recognition of its cites or municipalities.

Camiguin managed to become the 4th most competitive province out of the 84 provinces in the country. Meanwhile, Mambajao, Camiguin was recognized as the 1st most competitive municipality for the 3rd to 6th class municipalities category.  It was also awarded 1st in economic dynamism,  3rd in government efficiency, 19th in infrastructure, and 16th in resiliency.

Meanwhile, Maramag in Bukidnon and Iligan City ranked 15th and 11th in resiliency for 1st to 2nd class municipalities and component/independent cities, respectively. (Julie A. Nieva/DTI-10)

, Maramag in Bukidnon and Iligan City ranked 15th and 11th in resiliency for 1st to 2nd class municipalities and component/independent cities, respectively. (Julie A. Nieva/DTI-10)