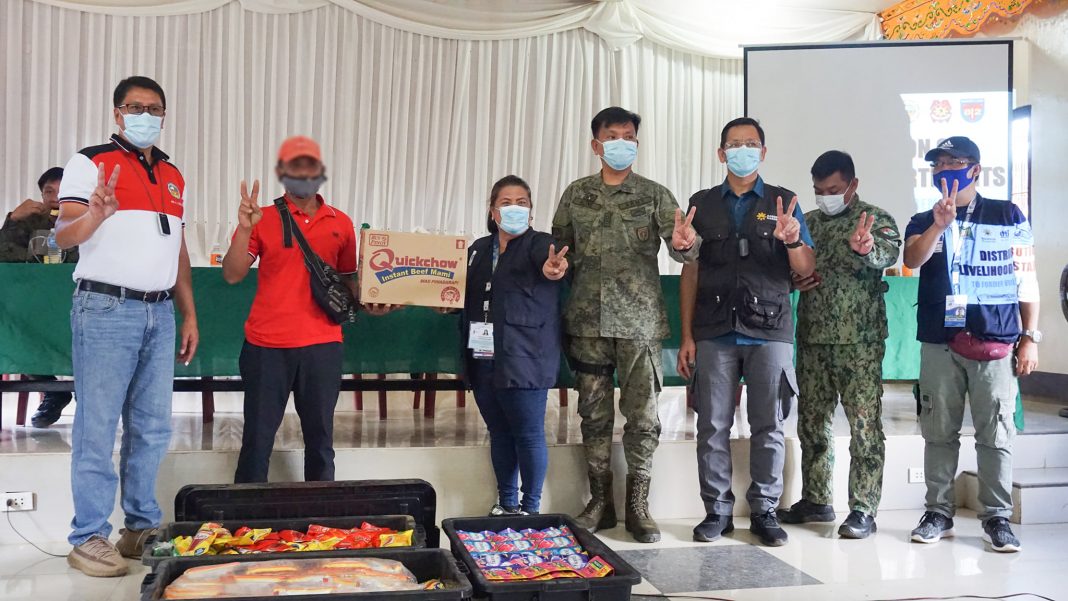 “Our office offers basic services and livelihood assistance not only to the IDP’s but also to former rebels who return to the folds of the law,” said Dr. Rosalinda M. Pineda, Bangon Marawi Project Manager of DTI.

The “Pangkabuhayan Package” is part of the many programs of DTI intended for former rebels and their families.

She added that DTI will also help the former rebels find a market for their agri-crop produce.

During the distribution held at the municipal hall of Piagapo,  one former rebel alias “Usman” reminisced their hardships inside the terrorist group and thank the government for giving them a second life.

In his message, Piagapo vice mayor Ali L. Sumandar expressed his gratitude to the agencies and departments of the government who tirelessly support their municipality in their quest to rehabilitate and reintegrate the former rebels in the community.

Meanwhile, LtCol. Rafman S. Altre, commanding officer of the 82nd Infantry Battalion lauded the efforts of the men and women of DTI – Region X, Task Force Bangon Marawi, and the LGU Piagapo for their active participation and role in assisting the former rebels as they go back to mainstream society.

He also reminded the former rebels to give importance and value to the efforts of the government.