Ex-NPA couple reunites with children inside Army camp in Bukidnon 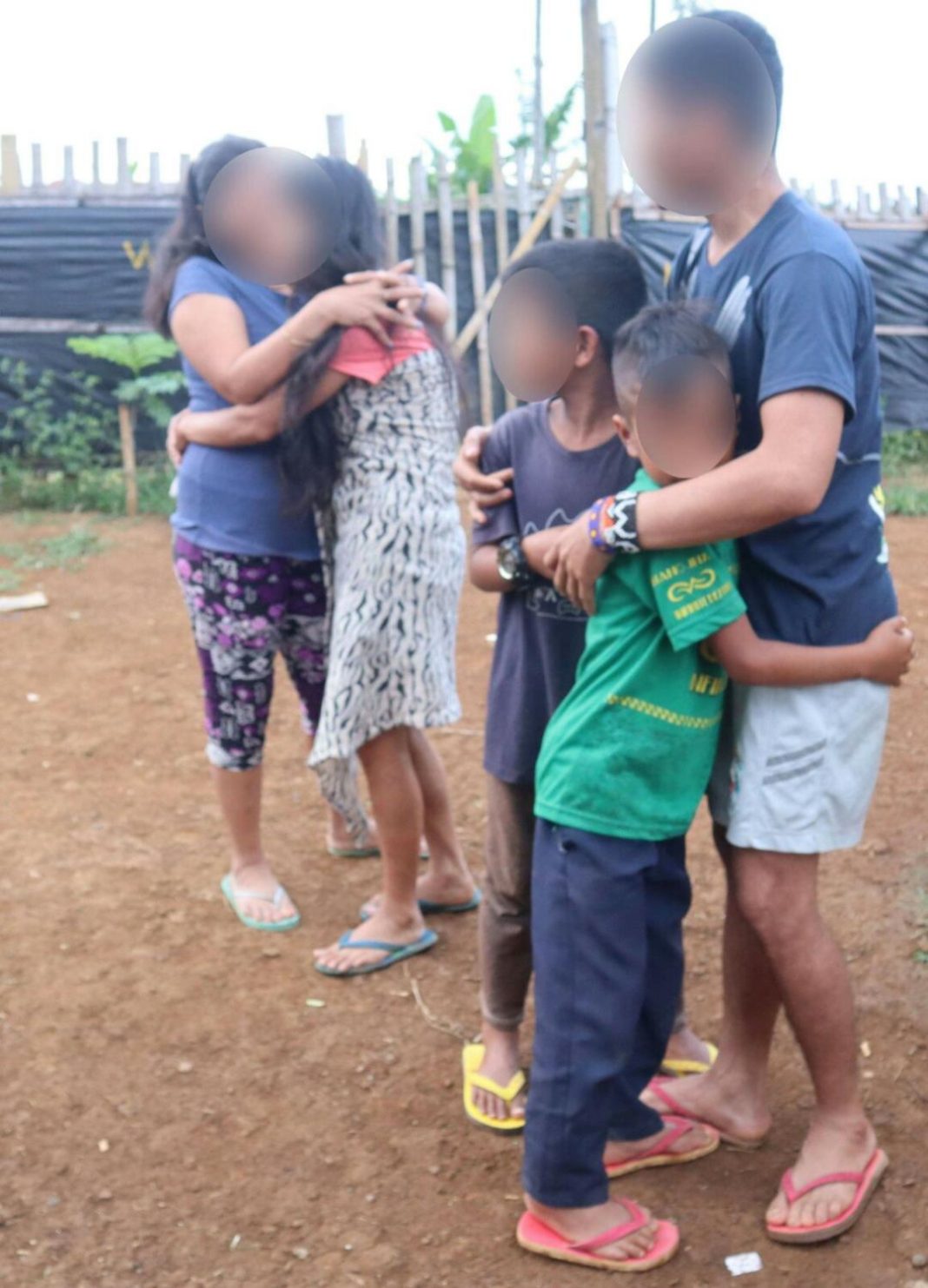 IMPASUGONG, Bukidnon —After two years of being separated from their children to join the New People’s Army (NPA), two NPA rebels turned themselves in and finally reunited with their children on Monday, Oct. 21, at the headquarters of the 8th Infantry Battalion based in this town.

Through the efforts of the 8th IB army troopers in connecting to the families of the former rebel-couple, Alias Nicole and Alias Robert were able to see their two children and mother again.

Nicole and Robert surrendered to the government on Oct. 16 after realizing that they were just carried away by the lies peddled by the NPA terrorists for almost two years, telling them that the government forces are the worst enemy of their lives and they would be killed if they plan to return to the folds of the law.

But they found that the NPA terrorists were lying when the government welcomed them with open arms. They were even surprised at how government soldiers arranged their family meeting. The NPA teachings were all contrary to what had happened.

Marcela, 59, mother of Nicole who acted as guardian of the children for two years shared the things the children had undergone when their parents were active in the movement. “The two boys, who were 8 and 9 years old then, were always crying looking for their parents. They would not eat. They didn’t go to school. I could not handle their sadness because they were much affected by what had happened.”

Nicole, feeling the warm embrace of her children, regretted to have joined the armed group, as tears welled up in her eyes. She thanked the soldiers for this “great thing“ that ever happened to their family to get reunited with their children. “Thank you very much, I didn’t expect this to happen, the army accepted us and helped us see our family. We were deceived by the indoctrination of the NPA that the soldiers are abusive while in fact, they are not.”

For its part, the army’s 8th Infantry Battalion will continue to help those insurgents who want to return to the folds of the law and ready to adopt a new environment with the government.

Nicole and Robert were among those who were given a chance to be with their family.

The couple and family will be assisted by the local government unit and they will be included in the government Enhanced Comprehensive Local Integration Program (ECLIP), a government program intended for the former rebels to assist them in a fresh start of their life. (8IB)