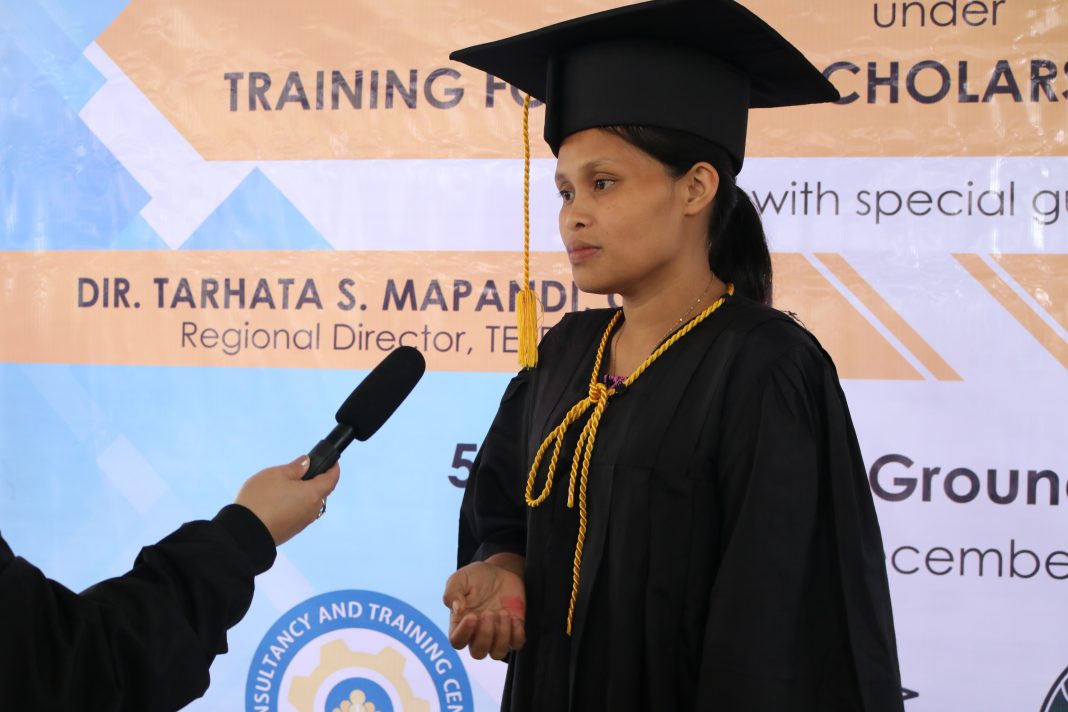 CAGAYAN DE ORO CITY (PIA) – A former political instructor of the New People’s Army (NPA) has apologized to all her recruits and discouraged them from continuing to be involved in the communist movement.

“Just like you, I was also deceived by the NPA and I take back all that I have said,” said Rosalie Arona during her graduation ceremony from the Special Skills Training Program for former rebels held December 21, 2019 at the headquarters of 58th Infantry Battalion in Claveria, Misamis Oriental.

“I am a witness to all the help the government is extending to former rebels. The true and straight future is right here with the government and not there in the mountains,” she further said.

Arona revealed that when she was still a member of the rebel group she recruited teenagers from Salay, Balingasag and Gingoog City all located within the province of Misamis Oriental. She said she was in charge of indoctrinating the recruits and teaching them the beliefs and idealism of the communist movement as well as in organizing the masses.

After 10 years with the rebel group, she decided to surrender upon hearing that there were former rebels who prospered after availing of government assistance.

She was one of the beneficiaries of cake making training under the SSTP of the Technical Skills and Development Authority (TESDA) Region 10.

Arona was thankful for the assistance.  She plans to return to her home place in Malaybalay City in Bukidnon province to start her own small business.

Aside from that, she committed to continuously visit the 58th Infantry Battalion Camp where she received her training to assist there from time to time as a token of her gratitude. (Jan Albert K. Araña/PIA10)