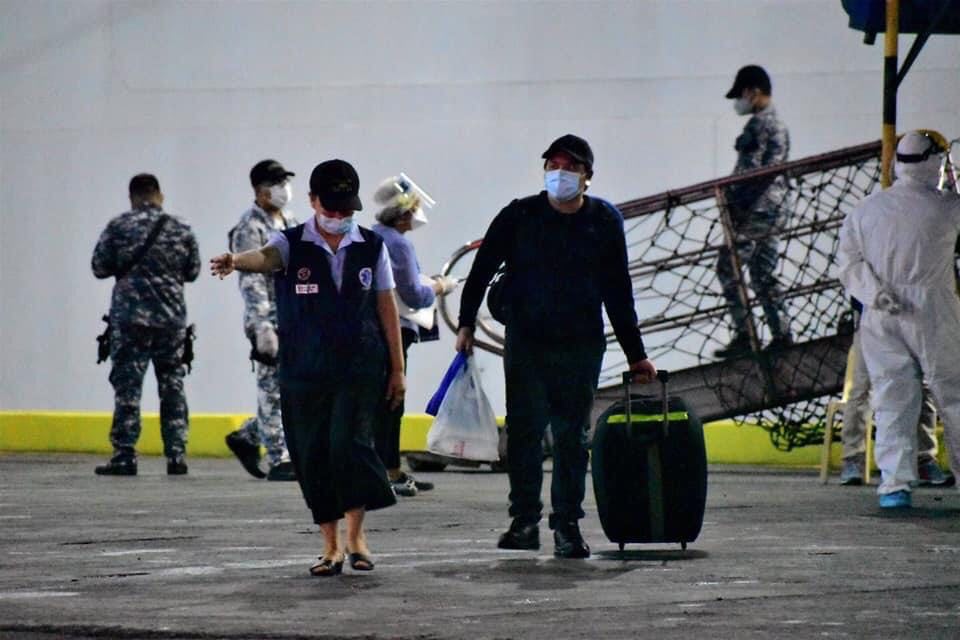 OZAMIZ CITY, Misamis Occidental (PIA)–After about a month of being stranded in Metro Manila, five repatriated overseas Filipino workers (OFWs) finally arrived in Ozamiz on Tuesday through the mercy voyage of St. Michael the Archangel.

The OFWs have been stranded in Metro Manila following their repatriation about a month earlier after commercial flights were suspended and several areas in the country were placed under enhanced community quarantine (ECQ) to prevent the spread of the coronavirus disease 2019 (COVID-19).

The Philippine Coastguard (PCG) personnel helped in the disembarkation of the OFWs who were immediately sent to undergo rapid diagnostic tests for COVID-19 infection conducted by the Mharsgen MC Medical Team.

The OFWs were already given clearance by the Overseas Workers Welfare Administration (OWWA) and the health authorities in Metro Manila certifying that they had undergone the mandatory quarantine and were fit to return home.

However, the governor wants to make sure that the returning OFWs are not infected with the virus once they return to their respective home town and city.

Governor Philip Tan said the OFWs will undergo another quarantine for 14 days, even if they have completed the required isolation period in Manila after arriving from abroad to protect the Misamisnons.

Tan reassured the public that there will be strict measures in place at the facility. Their families are also discouraged from visiting them.

The Philippine Ports Authority (PPA) is the lead agency in charge with the arrival of the OFWs, with teams coming from the Coast Guard, Provincial/City Health Office, Philippine National Police, the provincial government, and other concerned agencies present.

The five OFWs are from Ozamiz City, Jimenez and Sinacaban towns.(SMRN/PIA10)