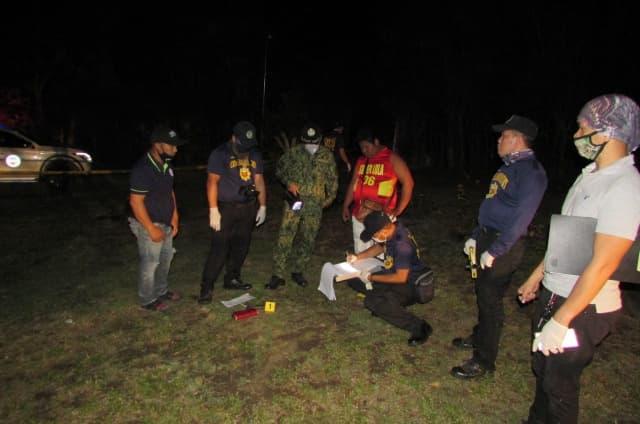 After the transaction was consummated, before the police poseur buyer can give his prearrange signaled to the team, the target suspect noticed that the person he transacted was a police operative, Sembrano and his cohort drew their pistol and pinpointed to the team that resulted to a firefight.

Subsequently, his other companion on board of a motorcycle also drew a pistol and shoot the operating team then speed off towards Purok Aquino Gate of said Barangay and was chased by the team until he was cornered inside the Perlan compound the said place identified as the residence of the mother-in-law of the target suspect, where another shootout between the suspect and operating team ensued.

As a result, the target suspect and his two (2) companions suffered gunshot wounds and were immediately brought to Howard Hubbard Memorial Hospital Polomolok, South Cotabato t but all declared dead on arrival (DOA) by the attending physician.

Sembrano was assigned at Polomolok MPS before he was dismissed from the police service due to his continued involvement in illegal drug activities; the latter was also included in the IDID (Inter-Agency Drug Information Database) List.