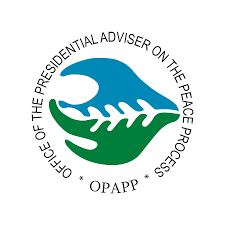 MAGUINDANAO, BARMM – Presidential Peace Adviser Carlito G. Galvez, Jr. on Tuesday called for an impartial investigation of the explosion in Barangay Kitango, Datu Saudi Ampatuan (DSA), Maguindanao, which claimed the lives of two children and wounded several others, on Sunday (May 24).

Galvez said he has already directed the government’s peace mechanisms to investigate the incident which happened during the celebration of Eid al-Fitr, the occasion which marked the conclusion of the holy month of Ramadan.

“We are saddened by what transpired on Sunday. We would like to assure our Moro brothers and sisters that we shall leave no stone unturned as we seek justice for the victims,” Galvez said.

“I would like to appeal to the residents who have been affected by the ongoing armed conflict, as well as the leadership of the Bangsamoro Autonomous Region in Muslim Mindanao, for calmness and sobriety as authorities conduct an investigation on the incident,” he added.

According to reports prior to the incident, members of the Bangsamoro Islamic Freedom Fighters (BIFF) carried out simultaneous acts of harassment against military detachments and killed soldiers manning quarantine control points.

Quarantine control points have been established in communities across the country to ensure the strict implementation of community quarantine protocols as part of the government’s measures to curb the spread of COVID-19. CCCH begins investigation

Acting on Galvez’s directive, the Coordinating Committee on the Cessation of Hostilities (CCCH) together with the International Monitoring Team (IMT), has already started its investigation on the incident.

BARRM, AFP to conduct parallel investigation On Monday, Western Mindanao Command chief Lt. Gen. Cirilito Sobejana met with the officials of the BARMM to address the incident. Lt. Gen. Sobejana said the security forces, the local government leaders of the BARMM, and other stakeholders have agreed to collectively work to hasten resolution of the case through the conduct an “honest and parallel investigation.”

“We will let the Bayanihan spirit work to give justice to the victims and ensure protection of the people from harm,” Lt. Gen. Sobejana said.