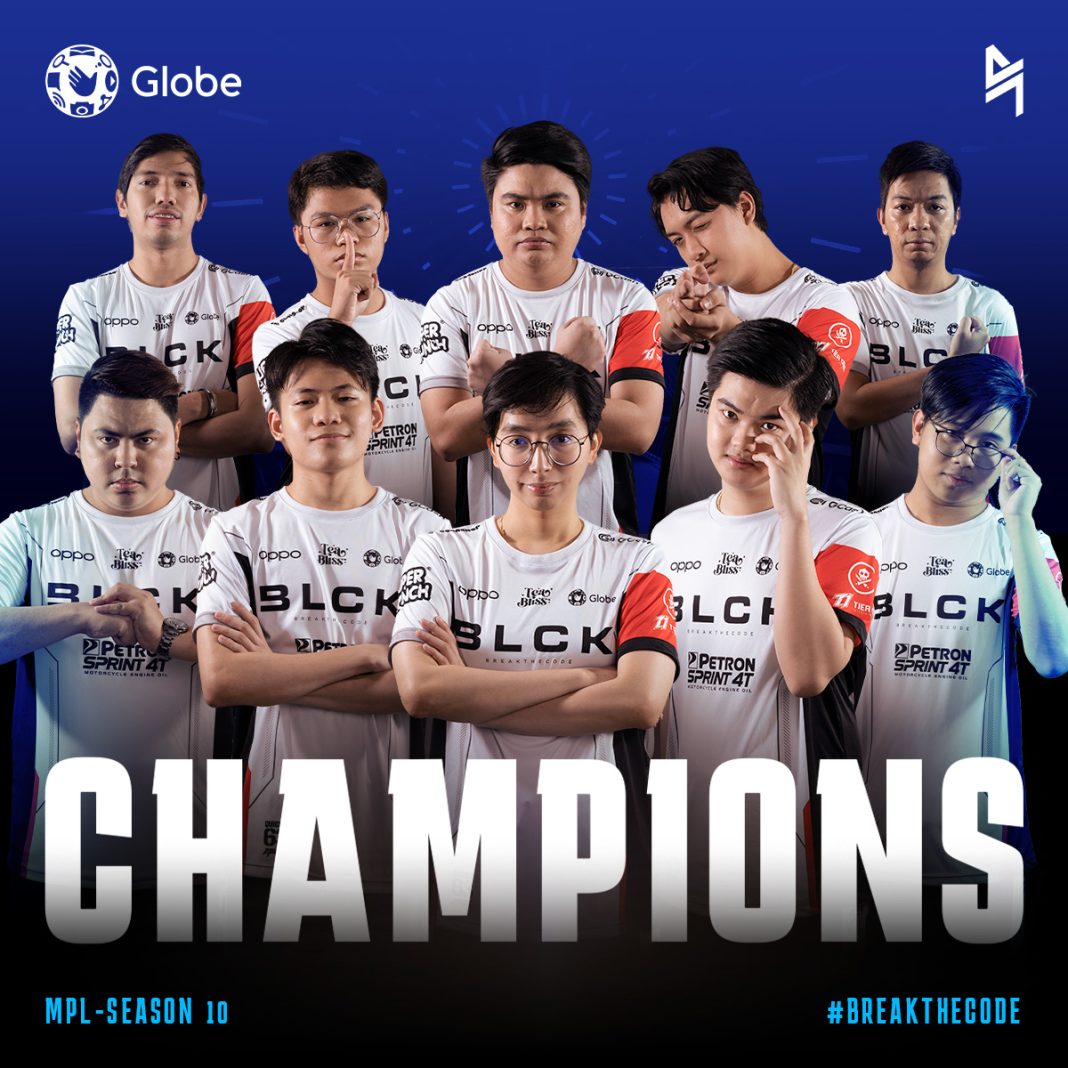 Blacklist added another feather to its cap by defeating ECHO, 4-2, in the grand finals, solidifying its status as one of the top teams in the country. It is the only three-time champion of the league, following similar conquests in Seasons 7 and 8.

“We are very proud of Blacklist International who proved their consistency and championship pedigree. We would like to congratulate the team for their reliability, hardwork and success. Their star-studded starting lineup, led by Johnmar “Ohmyv33nus” Villaluna, have proven how reliable they are, just like Globe’s mobile network,” said Ralph Aligada, Head of Globe Games and Esports.

The title was not served on a silver platter to Blacklist as they had to scratch and claw against a determined ECHO squad. The codebreakers took Game 1, thanks to the efforts of Wise, who caught ECHO off guard with his selection of Valentina. ECHO responded with victories in the next two games to put Blacklist International on its heels. The codebreakers were not fazed by the deficit and dominated the fourth game to tie the series up at 2-2. Hadji led Blacklist’s Game 5 conquest with his dominant performance with Pharsa. Ohmyv33nus closed the series out with a masterful showing in Game 6.

It was a #GameWellPlayed and a fitting end to another successful campaign for the Globe-backed esports squad. Edward’s MVP campaign brought the team’s list of MVP winners to four.

Both Blacklist and ECHO will compete in the upcoming MPL Invitational (MPLI) 2022 and the prestigious M4 World Championship in Jakarta, Indonesia.