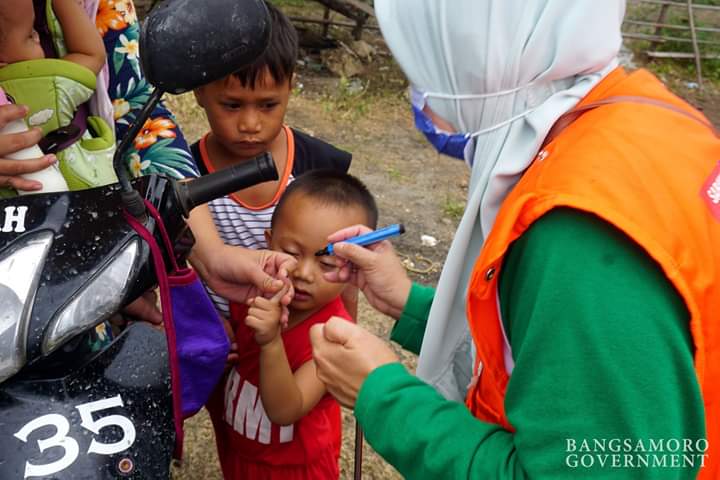 The RCA is MOH-BARMM’s evaluation procedure to find unimmunized children below five years old and vaccinate them against polio for its ‘Sabayang Patak Kontra Polio’ campaign.

The MOH has started the RCA in the provinces of Maguindanao and Lanao del Sur on Monday, July 27, and will run until August 5.

Meanwhile, the schedule for the island provinces of Basilan, Sulu, and Tawi-Tawi is yet to be finalized.

The Sabayang Patak Kontra Polio campaign, which kicked off in the region on July 20, is the Department of Health’s program to end polio in the country.

Bangsamoro government targets to immunize at least 839,677 children in the region’s five provinces until August 2.