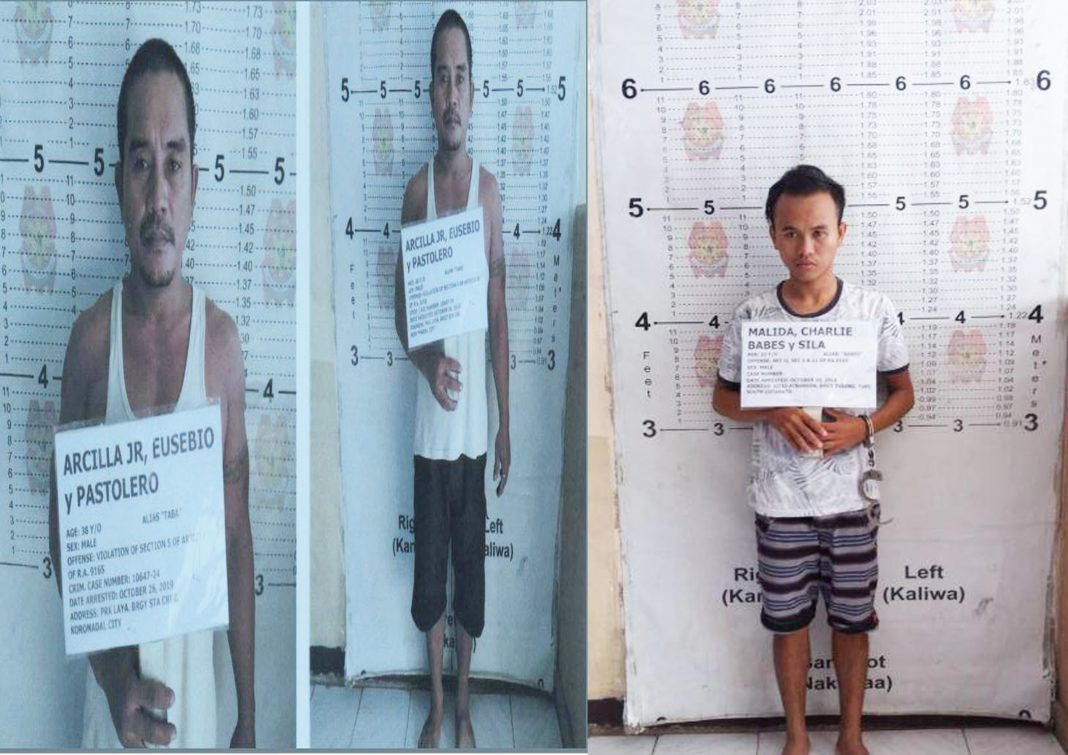 Suspect will be facing charges for violation of Sections 5 and 11, Article II of RA 9165 or Dangerous Drug Act.

Meanwhile, at about 3:40 in the afternoon, joint elements of Koronadal CPS and CIDG-South Cotabato PFU arrested Eusebio Pastolero Arcilla Jr alias “Taba”, 38 years old, single, driver and a resident of Prk Laya, Brgy. Sta Cruz, Koronadal City by virtue of warrant of arrest for Violation of Section 5, Article II of RA 9165 or the Dangerous Drugs Act. Said accused is the Top 5 Most Wanted Person (City Level 3rd Quarter of 2019) and is now under the custody of Koronadal CPS for pending issuance of commitment order from the concerned court.

At about 01:15 of the afternoon, elements of Tantangan MPS conducted drug bust operation after receiving information on personalities involved in selling illegal drugs at Prk. 3-A, Brgy. Dumadalig, Tantangan, South Cotabato.

The team was able to arrest the suspects identified as Fernando Toledo y Gurne, foreman and a resident of Labangal, Gensan City and Rosemarie Catalan Julian, a resident of Purok Osias, Kabacan, North Cotabato. Both were caught in the act of selling One (1) piece heat-sealed transparent plastic sachet containing white crystalline substance suspected as “shabu” to the designated poseur-buyer.

Said pieces of evidence were inventoried, marked and photographed in front of the suspects.

Suspects were brought to Tantangan MPS for booking procedure and proper disposition while the recovered illegal drugs were forwarded to Regional Crime Laboratory Office 12 for examination.