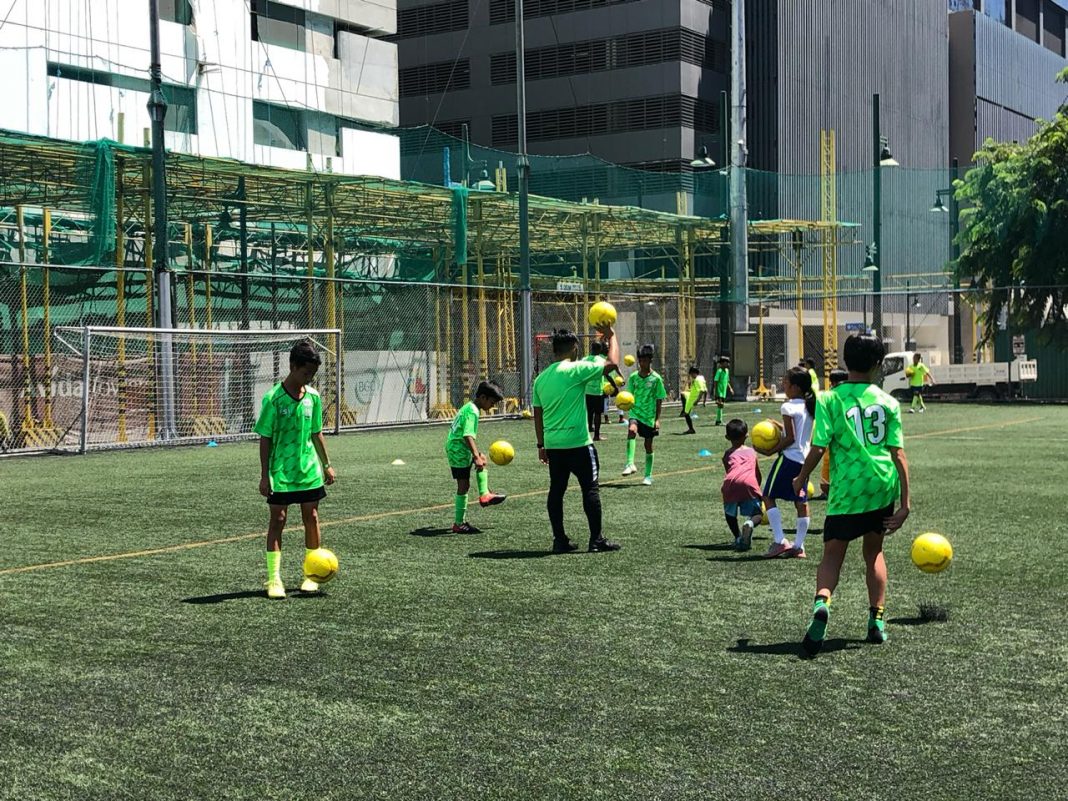 The clinics, which kicked off last November 16 will be sustained every Saturday at the BGC Football Turf from 10am to 12nn. The learning sessions for both boys and girls as young as 5 to 13 years old, will be facilitated by professional football coaches from Green Archers United FC, who are currently competing in the Philippine Football League. The football club also tapped Futbol Futbol Funatics Academy, to help lead the learning sessions through coaching and mentoring support for the participants.

The clinics are part of TM FPSB’s aim of supporting holistic and community based football programs that benefit underprivileged, high potential footballers.

“A key component of the TM Football Para sa Bayan program is to provide disadvantaged youth with an environment to thrive in the sport they love through exposure to top caliber coaching, quality football equipment and a premium playing venue. Another, and the more important component is to make sure supported players are able to receive the needed academic support to thrive in school. This is why we made sure to connect and support players from street football clubs that give great importance to the academic growth of their players,” Miguel Bermundo, Globe’s Head of Citizen Advocacy Marketing, explains.

So far, the clinics have received strong following from various football communities in Metro Manila such as from street football programs based Mandaluyong, Muntinlupa, Pasig, Quezon City and Valenzuela. An ongoing collaboration with the Youth Football League is also aimed at encouraging emerging football players in these communities to be involved with various football clubs through scholarship.

“It is our hope that the program will eventually help the kids continue with their education and make full use of their talents as a channel to learn values and life skills. While, for very talented youth, to use the sport as a tool to get into scholarships in private schools and clubs,” Bermundo adds.

In recent years, TM football clinics have collectively involved the participation of more than 100 football clubs in at least 63 cities and municipalities all over the Philippines. Because of the program, more than 1,200 kids have learned not only the basic rudiments of the game but were also given different perspectives on the value of education, discipline, teamwork and living a healthy and positive lifestyle.

Previously the TMFPB program was also able to send 30 kids to Malaysia and nine kids to Spain for international training. Four of these players later received full scholarships in private schools, while four others were invited to play in the Philippine National youth teams. All 30 kids remain active members of various private football clubs around the country.