IP parents surfaced in Bukidnon, call on NPA to return their children 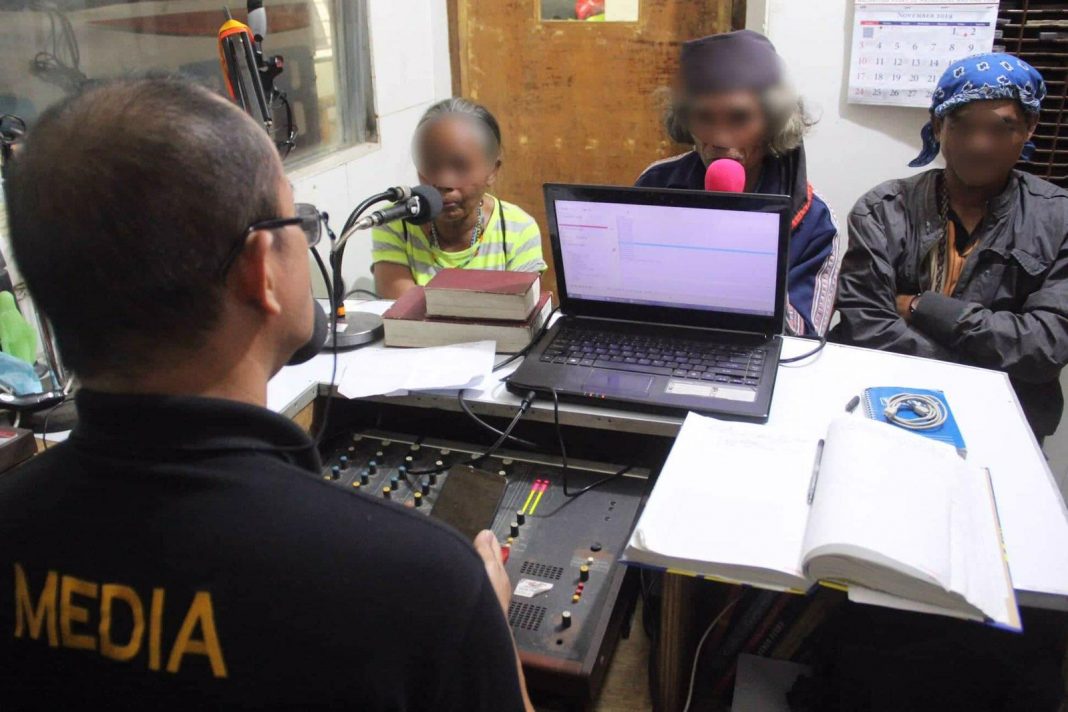 IMPASUGONG, Bukidnon (PIA)–Three parents who belong to the Umayamnon Indigenous Tribe, came out to the open and called on the New People’s Army (NPA) to return their children who were recruited without their knowledge.

The parents, known only as Lolita, Durno and Boy, sounded their call in a radio interview over DXDB in Valencia City on November 5.

The three traveled from Cabanglasan town to Valencia City to seek help from radio stations, hoping the NPA could get their message.

Lolita, 58 and Durno, 64, said their 26-year old daughter Jemma was enrolled at Bukidnon State University sometime in 2015 but stopped going to classes because of financial problems.  She suddenly disappeared two days after quitting school.

They said they don’t have any knowledge of her whereabouts until they received a phone call from an unknown number confirming that Jemma was in the hands of the NPA.

Lolita begged her daughter to return home. “Jemma, if you are listening, please come home now, the government already has a program for you and your comrades, I don’t know if I have a grandchild from you, You don’t know how we miss you,”  she said.

She added that she had received information that Jemma was married to an NPA commander named “Haki.”

Boy, 42, also shared how his 16-year-old daughter Rosemarie was forced to join the NPA group.

He said Rosemarie ran away in 2017 to avoid an arranged marriage. At the time, she was still 14 years old.

According to Boy, he only learned her daughter has joined the NPA when he received a phone call from an unknown number informing him that Rosemarie was with the group.

“My child, I am very sorry about our misunderstanding, I don’t know how are you doing there, please come home! Our local leaders promised to help us, I want to see and guide you living here,” Boy pleaded.

The call of the three IP parents is part of the growing number of parents in the country who want NPA to return their children, whom they believed were recruited by the communist rebels.

Meanwhile, the local officials of Cabanglasan, local and national line agencies, and members of the press are open to help those parents who are still searching for their missing children. (8IB/PA)