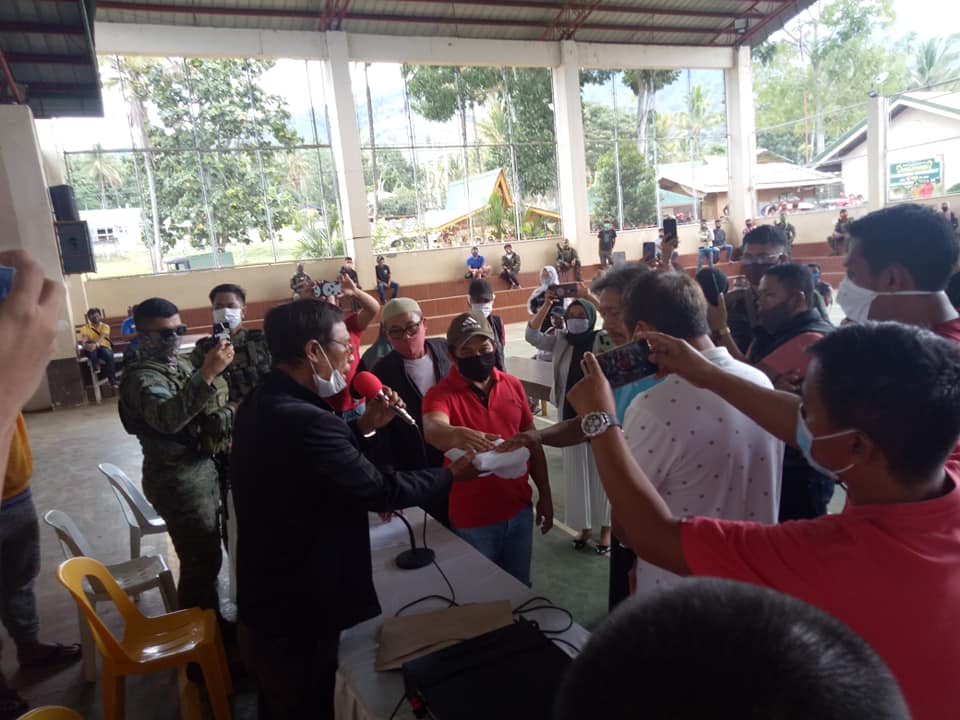 The settlement was presided by Madalum Vice Mayor Usman Sarangani Jr. and witnessed by the cluster representatives. At the end of the simple ceremony, both clans pledged for their reconciliation committing that they will no longer engage in armed actions against each other.

The Balao and Alawi clans are residents of adjacent barangays, Linao and Lumbac. The said clans have been in conflict for more than five years and were engaged in several sporadic armed confrontations against each other.

Both families also incurred causalities in the duration of the said conflict, the recent of which was a five-year-old boy who was hit by a bullet during an armed confrontation on May 5, 2020.

Responding troops from the Alpha Company of the 55IB were able to pacify the said conflict and recovered one M14 rifle during their response.

Another rifle, a carbine M-16 rifle, commonly known as Baby Armalite, was also surrendered by the Alawi clan during the rido settlement.

1Lt Rodwin Biloza, the commanding officer of the ALPHA Company expressed his appreciation to all those who contributed to the settlement of the said conflict. He is also optimistic that the settlement will lead to lasting peace between the Balao and Alawi clans and the municipality of Madalum.

Composed of various government agencies, the Madalum Task Force ELCAC aims to address the threat of terrorism and other factors that can lead to armed conflicts through collaborative law enforcement operations, conflict resolution, and the resolution of local societal issues. (55thIB/PIA ICIC)