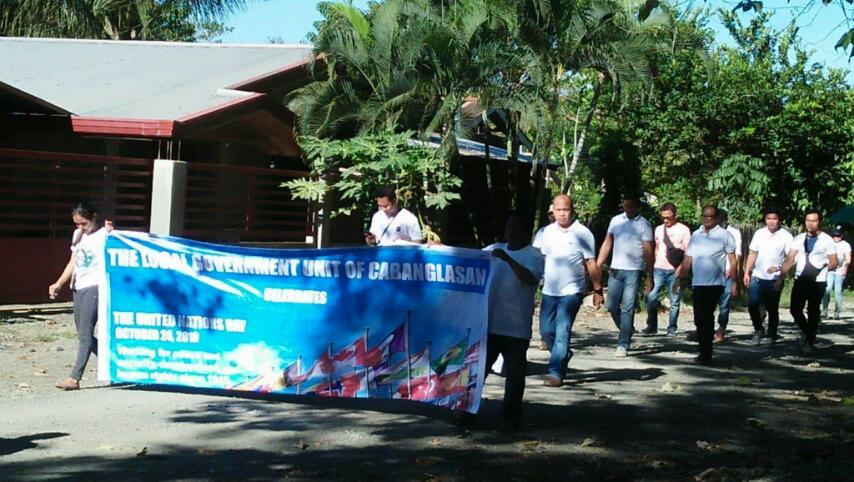 “This celebration is to remind us that we and our community including our properties are protected by the International Humanitarian Law, Mayor Inocando said during the observance of the United Nations Day, Thursday.
He also urged his constituents to display in their barangays tarpaulins reminding both the army and the New People’s Army (NPA) to respect the IHL.

Tarpaulins were distributed to the attendees to remind them that they are protected by law and not targets in times of armed conflict.

Lieutenant Colonel Ronald Illana, commanding officer of the 8th Infantry Battalion (IB) who attended the activity, said the army respects and abide by the IHL.

“Your 8th IB army has been observing and respecting the International Humanitarian Law. We will continue to do so. My gratitude to Mayor Inocando for reminding the people that they are protected by this law, ” he said.

The Philippine government and the National Democratic Front are compelled to respect human rights at all times under the Comprehensive Agreement on Respect for Human Rights and International Humanitarian Law (CARHRIHL).
The agreement was signed by both parties on March 16, 1998. (8IB)