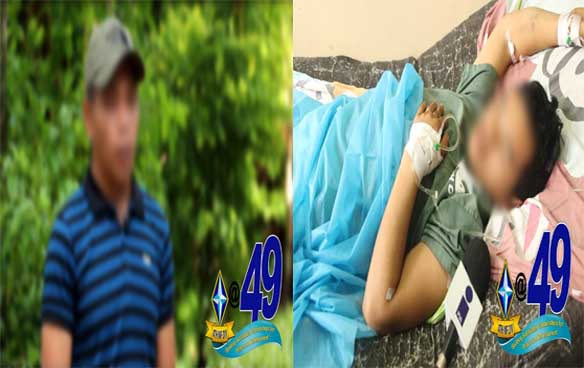 A 19-year old NPA combatant known as “Kent” revealed that he was recruited by the CNTs when he was still 17 years old. Kent was wounded and rescued by 29th Infantry Battalion troopers in an encounter at the hinterlands of Brgy. San Isidro, Santiago, Agusan del Norte on November 2, 2019.

Another former rebel confirmed that the recruitment of minors by the CNTs is rampant and he can attest to it.  “I am only 12 years old when the NPA used me as a courier and I became a full-time NPA combatant at the age of 16,”  said the 23-year old alias Bradex.

The revelation of the two former rebels was further confirmed by alias Karla, a 17-year old squad medic of NPA who surrendered last March 23, 2019 in Buenavista, Agusan del Norte. “I was recruited and forced to join the NPA at the age of 14 which made my life miserable,” she said.
4th ID Commander MGen Franco Nemesio Gacal said, “The presence of NPA child warriors is very alarming and everybody must take urgent action to stop the recruitment of our school children. It is a clear violation of Rule 136 of the IHL which prohibits the recruitment of minors by any armed groups involved in hostilities. I urge everyone, especially the parents to take care of your children and together let us protect their future, our future generation.”

“We can prevent this recruitment of minors and totally end the local communist armed conflict through our convergence of efforts. Let us give our full support to EO 70 r the Whole-of-Nation Approach to end insurgency problem in regions 10 and Caraga,” Gacal added. (4ID/PA)