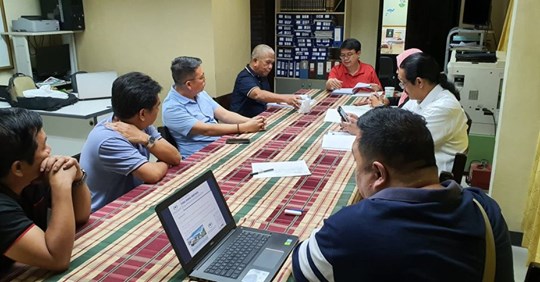 The plant, which will initially employ 107 workers, has a starting capacity of 12,000 metric tons of abaca fiber at ten percent increase annually. All products will be exported to China for pulp making through Bloomfield (Xingtai) Specialty Paper Co. Ltd. Bloomfield supplies pulps to paper mills in China and the world.

“I am optimistic that with the start of this facility, more opportunities will come to BARMM. HK FHS plans to establish additional 10,000 hectares of abaca plantations through contract growing all over the region including the Zamboanga Peninsula to generate around 20,000 or more workers in the next few years,” Hofer said.

HK FSH will also set up an abaca tissue culture laboratory and nursery to supply its plantation needs. Initially, the nursery targets 2,000 plantlets for 1,000 hectares in its first year of operations and increase it as the project expands in the years to come.

Meanwhile, RBOI Chairman Atty. Ishak Mastura said, “as the year closes, BARMM has shown the benefits of peace in terms of more willing investors in the region, especially since the Bangsamoro Organic Law just began its implementation this year thru the administration of Bangsamoro Transition Authority (BTA) Interim Chief Minister Murad Ebrahim.”

According to Minister Abuamri Taddik of the Ministry of Trade, Investments and Tourism (MTIT-BARMM), the region has developed an abaca industry roadmap focused on Lanao del Sur envisioned to maximize the potential of the area, empower the labor force through good agricultural practices and alleviate the lives of the people of the lake.

The abaca is known worldwide as the “Manila Hemp”, with the Philippines as a top producer and exporter. The abaca fiber is considered the strongest of natural fibers. It is three times stronger than cotton.

As per Philippine Fiber Industry Development Authority’s (PhilFIDA ) 2018 data, ARMM is among the top five abaca producing regions in the Philippines contributing 10.07 percent of the country’s total abaca production. Lanao del Sur is second to Sulu in abaca production in ARMM and ranks eight in the country. The province has an approximate 5,621 hectares of abaca plantations with an average yield of 0.69 metric tons per hectare of abaca production.

The registration of HK FSH will allow the company to avail of fiscal and non-fiscal incentives from the government such as income tax holidays (ITH), duty-free importation on capital equipment and other applicable incentives upon the start of the project’s commercial operation. (Bureau of Public Information)