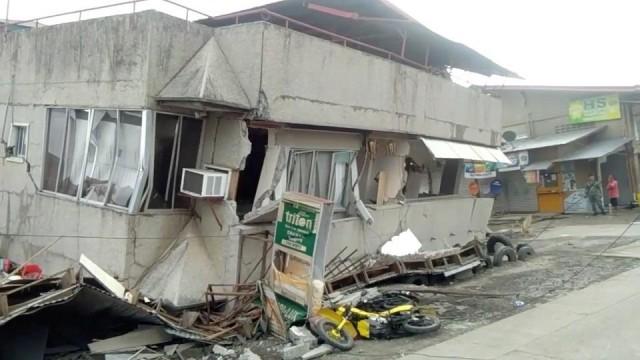 Based on the situation reported of PRO 12 on Earthquake Recapitulation Incidents as of 6:00 AM of December 16, 2019, there have been 25 injured quake victims and 27 houses and/or infrastructures destroyed; however, roads are still passable, and power supply are back to 18 Local Government Units (LGUs).

According to PHIVOLCS, damage and aftershocks are expected to take place and for that 74 Evacuation centers are established in most affected areas in SOCCSKSARGEN.

PRO 12 personnel were also consolidated ready for SAR Operations while 110 others are already deployed for Search Rescue and Recovery (SRR) Operation.

“We have been frequented by quakes since October leaving damages and loss of lives as one after another pass by. Despite the calamity, rest assured that PRO 12 is always at your service especially in these trying times. Even though this kind of catastrophe spares no one and even some police officers also suffer the same, we will still uphold our mandate to serve. We, in collaboration with other government and civic organizations, will always be on top of the situation.” RD CORPUS said.