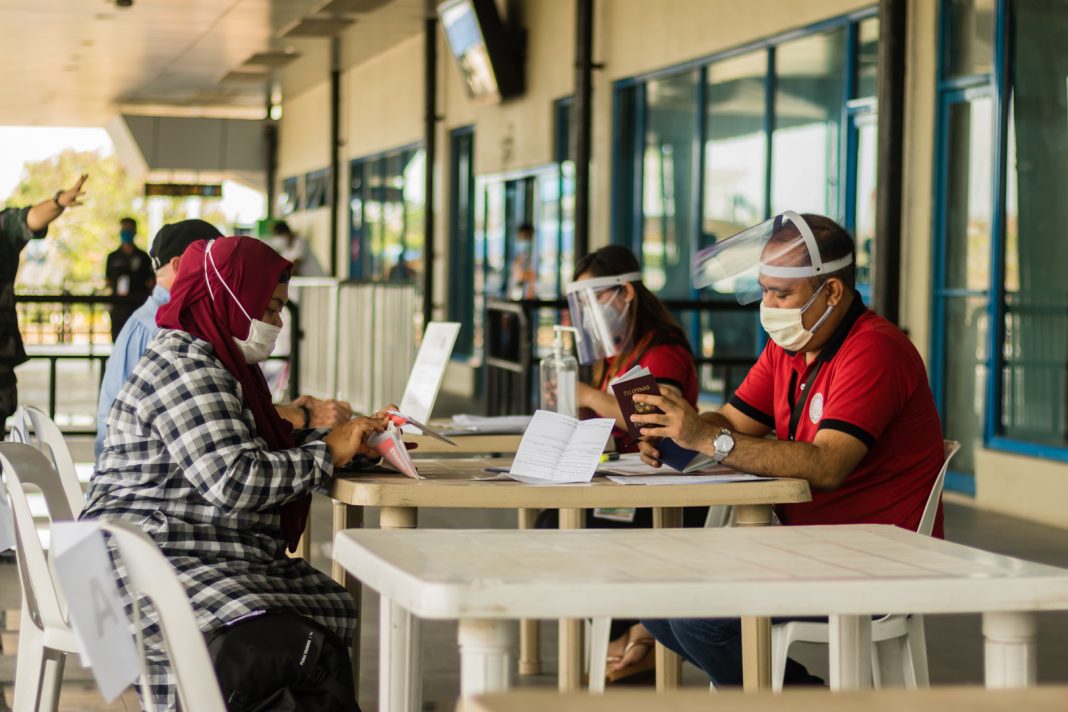 LAGUINDINGAN, Misamis Oriental (PIA)–69 foreign tourists coming from different regions of Mindanao were transported to Manila and onward to their home countries through a sweeper flight that was spearheaded by the Australian Embassy and Philippine Airlines (PAL) and coordinated by the Department of Tourism (DOT)-Region 10.
The foreign tourists came from Regions 9, 10, and 13 and were composed of 46 Australians, 8 Americans, 8 New Zealanders, 2 Koreans, 2 Japanese, 1 British national, 1 Polish, and 1 Singaporean.

As per instruction by the Australian Embassy, the sweeper flight prioritized stranded Australian nationals in Mindanao. After all the Australians have booked, the booking was also opened by PAL to foreigners of nationalities who had onward tickets to their home country.

Consistent to its travel safety protocols, the Regional Inter-Agency Task Force (IATF) and PAL strictly imposed their requirements before allowing the passengers to purchase a ticket.

These requirements were: 1. A foreign passport; 2. A Health Certificate stating that they do not bear symptoms related to COVID-19 and are fit to travel signed by the City or Municipal Health Officer; 3. Confirmed onward flight ticket to their home country; and 4. A hotel booking in Manila if their international flight is not on the same day as the sweeper flight.

The tourists were transported to Laguindingan airport with the close coordination between the DOT Mindanao Regional offices under the leadership of Assistant Secretary Myra Paz V. Abubakar, the Philippine National Police (PNP), and the concerned local government units of Misamis Oriental, Cagayan de Oro, Zamboanga, Butuan, Iligan, and Laguindingan.

Twenty three-year-old Korean missionary Kang Yongchan who was serving in a community in Valencia City, Bukidnon said he is down-trodden to be leaving the Philippines under such circumstances. He shared that he has indeed made many friends here and is very positive that he will come back when the situation permits him in the future.

Department of Tourism-Region 10 Director Marie Elaine Unchuan is very happy for all the support that the DOT-10 has been receiving for the sweeper flights since it started last March.

“We’re doing the sweeper flights because we really want to bring all these stranded tourists home, this is the main goal. The DOT is giving our full support for our stranded tourists to make sure that there’s a seamless transition to their travel home,” she said.

As of April 29, DOT-10 has coordinated seven sweeper flight operations and has repatriated a total of 477 tourists. (DOT10/PIA10)