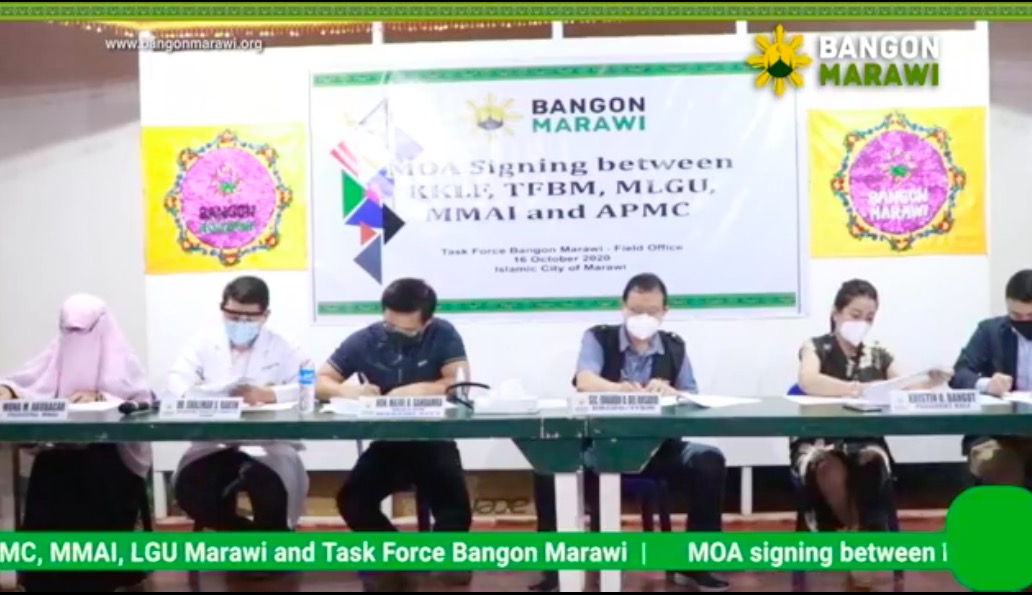 In his Message of Peace marking the third anniversary of the liberation of Marawi City, Secretary Del Rosario said the TFBM remains committed to achieving the Islamic city’s full recovery. The TFBM chief also highlighted ongoing projects inside the Most Affected Area (MAA).

“As we speak, full-scale rehabilitation efforts are ongoing within MAA – the construction of road networks, the Grand Padian Market, the Integrated School, the Fire Station, Peace Memorial and other major infrastructure projects are now on full swing,” Secretary Del Rosario stressed, noting that the reconstruction of several mosques destroyed during the five-month siege had likewise commenced.

According to the TFBM head, rehabilitation works spearheaded by the government, as well as vibrant economic activities in Least Affected Areas, indicate that the Islamic city successfully moved on from its dark past and that Marawi rising as a modern Islamic city is well within reach.

Meanwhile, the TFBM chief stressed that Marawi’s rehabilitation has two major components – infrastructure development and non-infrastructure intervention. “Infrastructure development is basically about building horizontal and vertical projects, but it’s only about 30% of the total requirements of the rehabilitation,” Secretary Del Rosario said during Friday’s signing of a memorandum of agreement on e-learning with the Kilos Kabataan Livelihood Foundation in Barangay Mipaga.

Non-infrastructure intervention, on the other hand, makes up 70% of the rehabilitation process, the TFBM head said, noting that the MOA signing can be classified under this part.

“We cannot make Marawi rise again only through vertical infrastructure as it won’t serve the purpose. Non-infrastructure intervention is a very vital component of the rehabilitation and in them we can see the requirements for social services, educational, health and everything that cannot be quantified physically, but is very important to have a smooth and working society,” Secretary Del Rosario added.

He likewise stated that boosting e-learning in Marawi’s madrasahs can help the local government address health concerns especially amid the COVID-19 pandemic, as well as fast-track the overall educational progress of Maranao students.

The TFBM, according to the housing czar, aims to attain three major objectives – namely make the Marawi rehabilitation as a catalyst for growth, establish good governance and achieve a very peaceful environment.

“All of these three major objectives must be achieved in order for us at the end of the day to say that the rehabilitation is attested,” he said.

Secretary Del Rosario also pledged that the government, through the TFBM, will continue providing assistance and carry out social interventions to fast-track the city’s full recovery.

“Today, I reiterate that we will complete the rehabilitation of Marawi by December 2021. As promised by no less than our President Rodrigo Roa Duterte – Marawi will rise again as a prosperous city,” the TFBM chief said. (DHSUD)