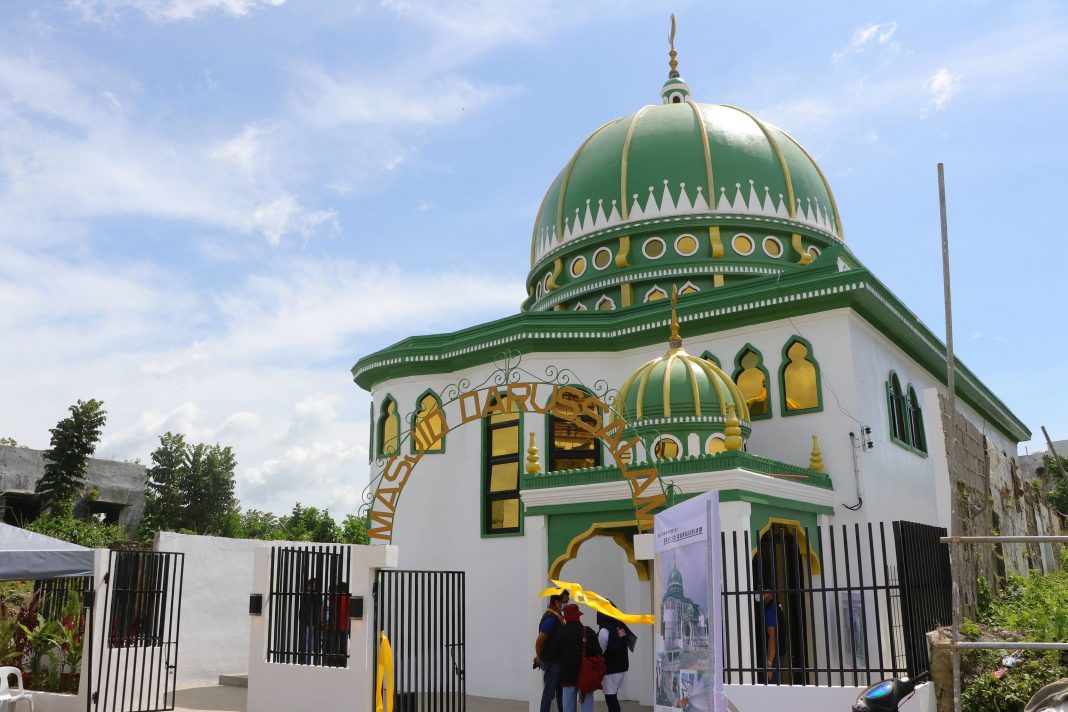 Del Rosario said the repair and/or reconstruction of mosques in the war-torn city were in compliance with the directive of President Rodrigo Roa Duterte to prioritize the restoration of the different mosques in the MAA.

He said the TFBM ensured that this instruction of the President will be implemented and completed so they took the necessary efforts and coordination so that they can generate funding for the restoration of mosques.

Masjid Darussalam is one of the religious sites damaged during the 2017 Marawi siege. Its repair was funded through donations from private developers involved in the housing sector nationwide.

Pangadapun expressed gratitude to the Duterte administration through the TFBM for restoring Masjid Darussalam.

Mayor Gandamra likewise conveyed his thanks to TFBM for looking for ways to rehabilitate mosques in the city.

He also thanked private donors who became instruments in the repair and reconstruction of damaged religious sites. He cited the importance of mosques in the identity of Muslims stressing that every community should have this infrastructure.

Meanwhile, refurbishment works for the White Mosque, Marinaut Masjid, and Grand Mosque, as well as the reconstruction of the Dansalan Bato Mosque, continue. (APB/PIA-ICIC)