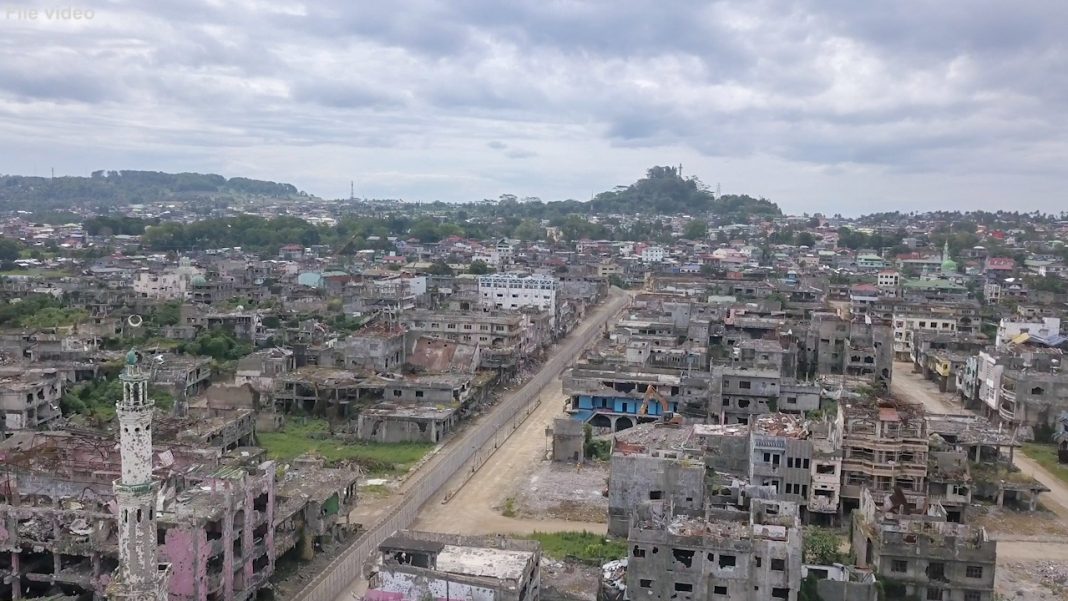 QUEZON CITY –Department of Human Settlements and Urban Development (DHSUD) Secretary Eduardo Del Rosario on Friday said he respects the call of Congressman Mujiv Hataman for a revamp of the Task Force Bangon Marawi (TFBM) but stressed that the task force remains on top of the ongoing rehabilitation of war-torn Marawi City despite the challenges, including the coronavirus disease 2019 (COVID-19) pandemic.

At the same time, Secretary Del Rosario said that the government, through the TFBM, has been extending financial and relief assistance to Marawi City residents to help them cope-up with the adverse effects of COVID 19.

Hataman has called for the revamp in the leadership and management of TFBM, claiming the supposed slow phase of the Marawi Recovery, Rehabilitation, and Reconstruction Program (MRRRP). “With due respect to Congressman Hataman’s opinion, TFBM is on top of the Marawi rehabilitation,” said Secretary Del Rosario, who serves as the concurrent chairman of TFBM.

“In fact, during our dialogue with the President in Malacanang on March 4, 2020, we have presented the methodology involved in the rehabilitation and the challenges we are facing,” he added.

The presentation in Malacanang was attended by the local officials of Marawi City, Lanao Del Sur, Bangsamoro Autonomous Region in Muslim Mindanao, civil society organizations, and members of the Cabinet.

“The President has told us that he will personally supervise the progress of the rehab with specific instructions to fast track the release of funds by concerned government agencies,” Secretary Del Rosario said.

He said that despite the two-month enhanced community quarantine caused by COVID-19 which stalled all the rehabilitation works in Marawi, the task force remains optimistic in completing all major projects within our self-imposed deadline.

“Despite the adverse effects of the COVID-19 in all sectors, we are confident that our rehab target completion on December 2021 is manageable and attainable,” Secretary Del Rosario added.

In fact, the TFBM Chairman has directed all TFBM implementing agencies to inform their respective contractors to go full-blast in the implementation of their projects starting July 2020.

This, after President Rodrigo Duterte approved the release of P3.56-billion budget with Special Allotment Release Order (SARO) by the Department of Budget and Management (DBM) to the different implementing agencies tofast-track projects under the MRRRP.

“The budget for the rehab of the Most Affected Area was approved by the President on April and May this year, hence, full implementation of infrastructure projects is expected to commence by July,” Secretary Del Rosario pointed out.

“They (implementing agencies) can now focus on their timelines and carry out appropriate measures to hasten the completion of their projects” he added. According to Secretary Del Rosario, the local government of Marawi City led by Mayor Majul Gandamra has already started reconstruction works within the most affected area that is composed of 24 barangays.

“The TFBM has been closely coordinating with the LGU to ensure that all efforts are synchronized,” the TFBM chairman said. Recently, Secretary Del Rosario also ordered the release of P10.5 million livelihood/financial assistance to 4,000 Marawi City IDP residents to help them cope-up with the adverse effects of COVID-19. “Rest assured that we will continue to provide necessary assistance to our Maranaw sisters and brothers,” vowed Secretary Del Rosario. (DHSUD)