Town that fought off NPAs ups ante in fight vs. poverty 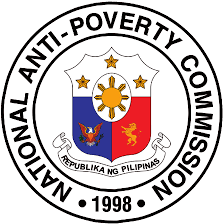 The fourth-class town of Medina in Misamis Oriental, which successfully repulsed a series of attacks by the rebel New Peoples’ Army since the 1990s, has upped the ante in the fight to reduce poverty incidence that once stood at a high of 68 per cent in 2016.

“Poverty is the real enemy of the people,” said Medina Mayor Donato N. Chan. “We are going all-out to uplift our communities from its debilitating effects.”

On Thursday, January 28, 2021, Medina and Vice-Mayor Kim Michael Odchigue signed a memorandum of agreement with Secretary Noel K. Felongco for the implementation of the agency’s Kasambayanihan program that sought to reduce poverty in Mindanao to 14 percent by the time President Duterte steps out of office in 2023.

Mayor Chan said the signing of the historic MOA, a first for the municipality with a cabinet-level secretary, “is not about the town of Medina or about NAPC but about the people of Medina.”

The signing of the MOA pledged the participation of the LGUS in the implementation of the NAPC’s flagship Sambayanihan Serbisyong Sambayanan program that will field volunteers on the ground to monitor if government services are accessed by the poor sectors of the population.

Felongco said both parties will also be implementing a successful template adopted by a municipality of Laguna province that drew full support from national agencies resulting in convergence programs that benefitted the town’s marginalized sectors.

Felongco expressed confidence that the high poverty incidence of Medina will be reduced considerably.

The town gained a reputation in the 1990s as a hotbed of insurgency. Elements of the rebel New People’s Army several times attempted to over-run the town but failed. The latest was in 2011 when four policemen bravely fought and repulsed a group of 30 NPAs from gaining control of the municipal building.

Saying it cannot do it alone, the NAPC has forged a total of 58 MOAs with local government units in  (including the provinces Surigao del Sur, Agusan del Norte and Lanao del Norte) in Mindanao for the implementation of its flagship program.

Vice-Mayor Odchique said the municipal council did not hesitate to authorize Mayor Chan in signing the MOA with NAPC because of the rare opportunity it presents in cutting down poverty.

NAPC’s mandates is backed by memorandum circular 59 issued by Executive Secretary Salvador C. Medaldea in March 2019 that directed all government offices, agencies, instrumentalities and government-controlled corporations to support and actively participate in the implementation of the Sambayanihan program.

The NAPC, in accordance with its mandate, has developed the 3S as its five-year development framework for 2019-2023.

NAPC’s mandate is also supported by Department of the Interior and Local Government memorandum circular issued on 4 February 2019 that directed all LGU heads, the Autonomous Region in Muslim Mindanao regional director and all DILG regional directors to facilitate the creation of provincial consultative bodies that would beef up anti-poverty programs and services. (Jimmy K. Laking)