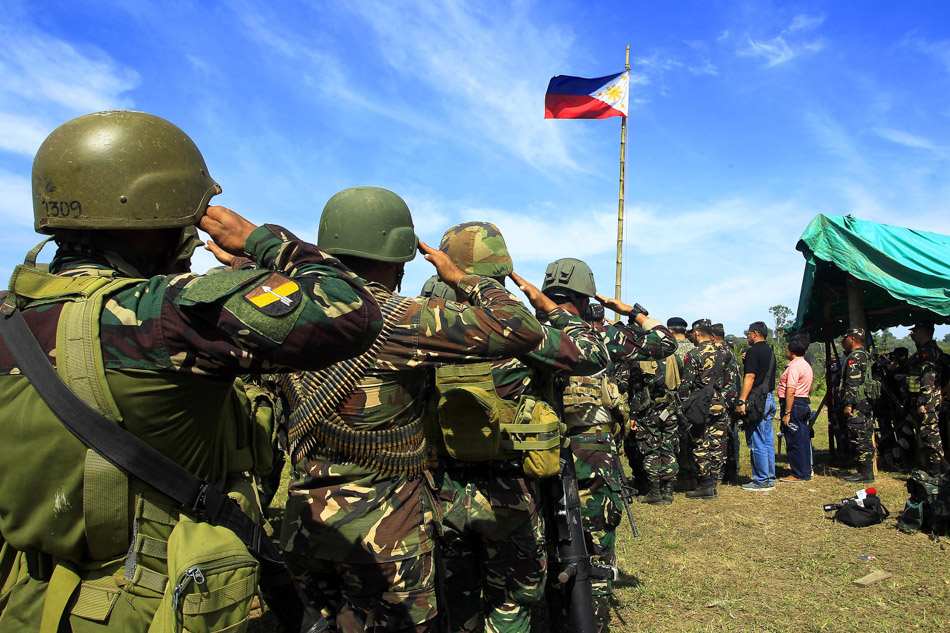 GINGOOG CITY, Misamis Oriental (PIA) — “I would have been killed by now if the soldiers had not rescued me after a gunfight,” said Gabriel Hilogon alias Patrick, a former rebel who was wounded in an encounter with the government troops in September last year at Gingoog hinterlands in Misamis Oriental.

With shattered bones in his left thigh, aka Patrick said his wish at that instant is for the entire New People’s Army (NPA) be utterly destroyed. He cares not a bit about the punishment of his NPA comrades who abandoned him to suffer alone.

Patrick recounted that the soldiers of 58IB could have easily finished him off, but chose not to, even though one of the soldiers lost his life while in a gunfight.

“Atong tungora, pwede na gyud unta ko tiwasan sa mga sundalo sa 58IB, pero wala gyod kini nila buhata sa ako, bisan nga namatyan sila ug usa adto. Ila pa gyod ko’ng gipatambalan sa hospital.” (At that point, the 58IB soldiers could have quickly killed me at gunpoint. But they never did it to me even though they lost one of their colleagues. They brought me to the hospital),” Patrick said.

Upon knowing from various news sources about the NPA’s plans to recover their lost mass bases and the planned recruitment of students, youths, and indigenous peoples (IPs), Patrick said his disappointments turned into fury as he recalled the horrible experience while he was in the mountains.

He said he wants to help the government in stopping the recruitment of students, youth exploitation, and NPA atrocities by ‘coming out and speaking out.’

“Makaingon gyud ko nga bakakon ang mga NPA. Gihimo nila nga dautan ang kamatuoran. Gipasalig nila sa ilang mga gipang-recruit nga mga Lumad nga sila ang pamaagi aron maayo ang kinabuhi pero bakak, puro sila bakak. Dili ko mahadlok mo estorya aning mga butanga. Wala koy sala sa ila. (The NPAs are all liars. I was deceived by their lies and propaganda. They are agitating and deceiving several IPs with false promises by encouraging them to leave their ancestral domain for better lives in the cities. I am not afraid to divulge these things because I did nothing wrong to them),” he said.

“The CPP-NPA-NDF should stop exploiting the vulnerable youth and IPs. They [NPAs] will certainly pay for this,” Derilo said. (CMO, 58IB/PIA 10)